Difference between Dracula and Vampire

Key difference: Vampires are depicted as handsome, charismatic, charming pale human beings that prefer feasting on human blood. Though in the olden days they were considered as vicious demons, numerous books and movies have now humanized them, tamed them and gave them feelings. Characteristics of the vampire may differ according to author’s discretion. The novel, “Dracula” features Count Dracula, an aristocratic vampire. He is the title character and primary antagonist of the novel. There have been many subsequent adaptation of the novel in films and literature making Dracula one of the most famous characters in popular culture. Vampires are a breed of generic monsters, while Dracula is a vampire. 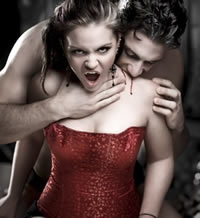 Vampires have become a part of today’s culture and almost everyone knows what they are. The popularity has been fueled by the numerous books and movies published about the mythological creatures. These days, it seems that everywhere you turn, there is movie or book or a show about vampires, such as The Twilight Series, Blade series, the Anne Rice novels, Buffy the Vampire Slayer, Angel, The Vampire Diaries, and many more. These phenomenas have fans screaming, swooning and collapsing at packed premiers of romantic vampire movies.

Like all mythological creatures, vampires are also a part of our ancient culture. Almost every civilization had creatures that lurked around in the dark and feasted on human blood and flesh. These creatures were most commonly women that seduced men and then drank their blood, even Lilith and her daughters have been depicted as drinking blood from babies. Vampires were made popular from stories such as Bram Stoker’s Dracula, Anne Rice’s Interview with a Vampire, etc; these stories have been said to give birth to the modern vampires.

Though originally, vampires were said to be women, now they can have any gender. Vampires are depicted as handsome, charismatic, charming pale human beings that prefer feasting on human blood. Though in the olden days they were considered as vicious demons, numerous books and movies have now humanized them, tamed them and gave them feelings. Each writer or author has had the liberty of changing the beings according to their wishes and while some chose to make them more vulnerable to the sun by causing them to burn horrifically; others gave them the ability to glitter. Vampires are also depicted as having abilities such as ESP, telepathy, telekinesis and the ability to turn into bats or other animals. Television shows, such as The Vampire Diaries, gave the vampires the ability to walk in the sun using magic rings. Crosses, Wooden stakes, Holy water, certain herbs (vervain), garlic and silver are often considered as weaknesses of vampires. 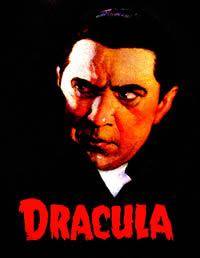 “Dracula” was a novel by Bram Stoker originally published in 1897. It was heavily influenced by “The Vampyre,” a 1819 short story by John William Polidori, which is turn was based on an unfinished 1819 novel by Lord Byron titled, “Fragment of a Novel.” “The Vampyre” and “Dracula” are often credited for the formation of the vampire based genre of Gothic horror.

The novel, “Dracula” features Count Dracula, an aristocratic vampire. He is the title character and primary antagonist of the novel. There have been many subsequent adaptation of the novel in films and literature making Dracula one of the most famous characters in popular culture.

Count Dracula is portrayed as a proper aristocrat, learned and proud of his warrior heritage. He dons a mask of cordiality but may go in fits of rage, it his plans are interfered with. He is often portrayed in popular culture as speaking in a strong Eastern European accent; however, in the novel he speaks excellent English, with a slightly different tone.  It is generally accepted that some aspects of the character were inspired by the 15th century Romanian general and Wallachian Prince Vlad III the Impaler, who was also known as "Dracula."

Count Dracula has been known to have many different supernatural abilities, such as superhuman strength, superhuman agility, immunity to normal attacks, and the ability to change appearances, such as old age or youth. He can be killed by traditional vampire methods, such as silver bullets, wooden stakes, iron and/or steel weapons, wild rose, holy water, etc. He also has the ability to shapeshift into a bat, a wolf, a large dog or fog, as well as the ability to command certain nocturnal creatures. He can also defy gravity, manipulate weather, and pass through tiny cracks or crevices. He also processes powerful hypnotic and telepathic abilities. Furthermore, the sun does not burn and or destroy him. However, he is repulsed by garlic, crucifixes and sacramental bread. He can only cross running water at low or high tide and is unable to enter a place unless invited to do so.

Dracula has become such a popular figure that many consider the term to be synonymous to vampires, while others contest that Dracula is the first and original vampire and all other vampires are his victims or descendents. Still, the differentiation stands that vampires are a generic breed of monsters, while Dracula is a vampire.

As seen In movies like (Hotel Transylvania) drac being a dracula can become a bat. but where as In the Vampire Diaries and The Originals they cannot turn Into a bat why only draculas can turn Into a bat and not Vampire's. As read above they say that Vampire and Dracula are the same. And In (Hotel Transylvania) Draculas and produce where as In (The Originals) Vampire's cannot produce.

So you didn't really told what exactly is the difference between the two which means both are the same creatures just the names are different.

I'd like to see Dracula as a natural vampire as opposed to the magical vampires as seen in the Vampire Diaries and The Original. Introducing a world that blends the natural creatures with magical beings like Klaus.

honestly our generation has degraded the confission of any other different species. we all honestly know nothing about them at all hence-forth i constrite we shall not take these creatures as monsterous or inhuman because our own species is a destructive force destroying everything including our own homes demonizing and manipulating our own kind therefore i suggest we not demonize a species we know nothing about because clearly they're are clasier and we clearly could have some kind of gratitude with them. i would love to meet one!!!!

want to know more about Difference between Dracula and Vampire.