Difference between Flirt and Tease

Key Difference: Flirt is a joyful act in which a flirter behaves as he/she is attracted towards the other person. However, generally it is not associated with serious intensions. Tease refers to the act of making fun or provoking the other. Like flirt, it is also meant to be a playful act. Tease can also be a component of flirt. Flirt is generally used in association with its playful characteristics. On the other hand, tease can be playful or hurtful depending upon the teaser’s intention or the other person who is being teased. 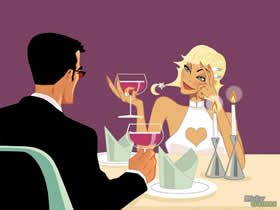 Flirting and teasing can be described as the two faces of the same coin. Both words have one thing common and that is regarding their usage. Both are used in positive and negative connotation. Basically, flirt defines the joyful act in which the flirter behaves as he/she is attracted towards the other person. Flirter uses many techniques in order to get the attention of the person in which he/she is interested. The intentions of the flirter are generally related to sexual desires and therefore, most of the times this word is contrasted with love.

Flirter may use a flirtatious conversation or the body language in order to start flirting. Commonly, flirt is not associated with any type of serious intentions. Flirting can be found in almost all cultures and societies in its varied forms. There are no set of written laws to follow for flirting, and thus most of the times it emerges instinctively.

Parties, drinking places, learning places, etc. are some common places where one can find flirters. Sometimes, this simple joy of act takes a serious shape and leads to some unforeseen results. People define flirt in different ways, therefore it may be used in many other contexts too. 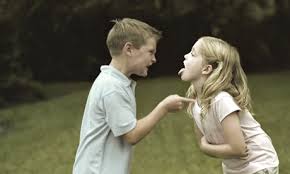 Verbal bullying or taunting is the most common way of teasing. A friendly and playful teasing help in strengthening relationships as it depicts a bond of closeness with the other person. However, if it is hurtful, then it can lead to certain complications.

The main difference between tease and flirt is that generally flirt has a sexual or romantic intention associated with it. On the other hand, tease may or may not be related to such intentions. Tease is generally looked as one of the ingredients of flirt, where it is used to grab the attention of the other person.

Comparison between Flirt and Tease: