Difference between Joomla 1.5 and Joomla 2.5

Joomla! is a content management framework that allows users to build websites from the ground up without having to learn basic programming language. This CMS is for the people that are not well-versed with anything related to do with designing websites, but wish to do it themselves. It makes it easier for them to establish and maintain websites without having to waste time and money on special designers. 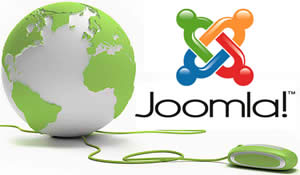 Similar to all software, Joomla has different versions that were added on later with additional features to make the system easier and more user-friendly. Joomla aims at launching a long-term support (LTS) version every 18 months, with small updates available in between. Joomla has stated that each LTS version would end in .5, which means the next Joomla LTS version would be 3.5, followed by 4.5, 5.5, etc. Joomla 1.5 and Joomla 2.5 are two LTS versions of the software. Joomla 1.5 was released on January 22, 2008, while Joomla 2.5 was released on January 24, 2012. Joomla 2.5 brought many upgrades to Joomla 1.5, some of which were already a part of the Joomla 1.6 and 1.7 updates.

Joomla 2.5 came with the following new features and upgrades: