Difference between Mall and Shopping Center

Key Difference: Shopping malls or malls are large enclosed spaces that are often characterized with many stores that sell merchandise to the public. Malls can be medium to large in size, depending on the construction and the number of stores that it wants to hold. Shopping centers are stores that are arranged in a row and share a building. These stores are connected to each other, but do not have a centralized internal access for the public. The stores share a building and may even share a parking lot in the front.

Malls and shopping centers are two words that are interchangeable as they refer to the same thing for many people. These two words both refer to a large space that allows a person access to more than one store. Though shopping malls are often referred to as shopping centers, many will argue that there is a slight difference. Shopping centers are used to refer to strip malls. These are open-air shopping mall, which means though they are housed in the same building they require you to exit one store before entering another. On the other hand, malls allow internal access to all the shops. 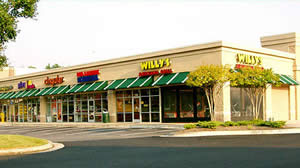 The centers also do not offer additional activities such as gaming area, play area, amusement park, etc. Shopping centers also do not have a food court, though they may share the parking lot with food kiosks. There may also be a select food store, depending if the store is leased by that food company. For example, in the middle of all the clothing stores, Subway Sandwich may have leased a store to offer food for the public. Shopping centers usually house small supermarkets, video rental stores, dry cleaning, grocery stores, coffee shops, etc. The first shopping centers have been dated back to ancient Europe, when they would have covered bazaars.