Key difference: There are various stylish and designer bikes available in the market today, among them MTB, BMX and Hybrid are known type of bikes. MTB are Mountain Bikes, which are best known for their shock absorbers or suspensions mechanisms; while, BMX bikes are famous among kids, especially used for performing stunts and actions while riding. Whereas, Hybrid bikes are combination of both, road and mountain type of bikes, these are also referred as cross bikes sometimes.

Cycles or bicycles have always been a mode of transport from several years. These got developed in structure and design according to the development and need. Today, there are several bike types used for different purposes. Today, cycling is one among the Olympic sports. Bikes and cycles are designed for specific purposes and environment; which are further categorized according to their function, posture, sport, frame design and material.  Hence cycles and bikes as a whole play a major role in terms of recreational activities. 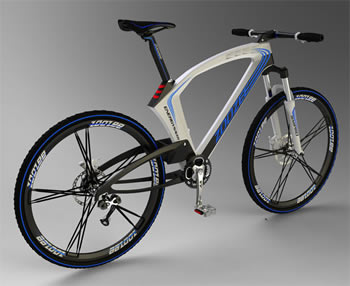 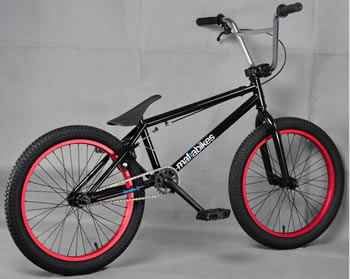 BMX means bicycle motocross; these are famous for racing and stunt riding. These are especially designed for off-road paths and roads. They are small sized off-road sport bicycles, especially popular among kids. These have knobby tires, and are famous as sport or competition bikes. Most of the BMX bikes have a gyro brake system, which enables the rider to turn the handlebars up to 360 degree and perform the stunt pegs to aid certain tricks. 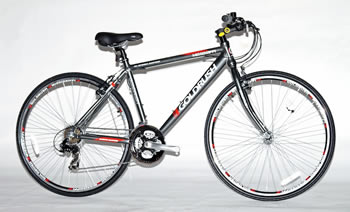 Hybrid bikes involves a combined structure of both, road and mountain types of bikes. Hence, these bikes are used in almost all the normal roads and paths. These are comfortable bikes for short occasional distances and rides. Hybrid bikes are general purpose bikes which are used for almost many general purpose riding conditions. Typically, these have straight handlebars, and provide an upright straight posture while cycling. The bikes compose of thinner wheels and smooth tires which are known top provide greater speed on normal road surfaces. Hybrid bikes like that of touring bikes, also have the capability to carry luggage like racks and sacks while cycling.

Among all the types of bicycles, MTB, BMX and Hybrid bikes are more famous, as these are known to provide comfort on unpaved and paved type of roads. Of all the three, BMX bikes are short in height, while MTB and Hybrid bikes have quite tall heights. Also, BMX bikes fall under the known stunt and action-oriented types of bikes. While, MTB bikes are special types of mountain and hilly trail bicycles. Whereas of all, hybrid bikes are mix breed of both road and mountain bikes, hence these are applicable for on both types of roads and paths.