Difference between Cat and Dog

Key Difference: Cats and Dogs are the most admired pet animals on Earth. They differ greatly in appearance, behavior, nature, size, etc. Cats are small, furry, domesticated and carnivorous mammals. They are more patient and require less attention. On the other hand, dogs are big, furry, domesticated and omnivorous animals. They are hard working, loyal and require more attention.

Cats and Dogs belong to totally different species. Cats are mainly carnivorous mammals, whereas dogs are omnivorous mammals. It is believed and observed that dogs chase cats. Let’s focus on the further article regarding what are the actual differences between cats and dogs.

Cats and dogs are classified in the class “mammalia” and order Carnivora in the animala kingdom. Cats belong to Felidae family, whereas dogs belong to Canidae family. Felis catus or cats are small furry, nocturnal animals that are popular house pets, most popular due to their ability to get rid of rodents and pests, along with providing great companionship. On the other hand, dogs are used for both their domesticated and untamed capabilities, and they are mainly popular due their hard work, versatile skills and cleverness. Like all felines, cats have strong, flexible bodies with quick, sharp reflexes and retractable claws. They also have a heightened sense of sight and smell. Whereas, dogs have physically powerful, complex bodies with powerful muscles and sharp claws. 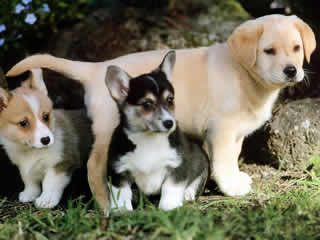 Dogs and cats differ greatly in behavior. Cats in the wild are solitary hunters that are more close to their environment than they are to other cats. This is why cats are very self satisfactory. As long as cats are in their own environment they are happy. In contrast, dogs are pack animals and they are happy in many different environments as long as they have their pack with them. This pack frame of mind allows people to train dogs to do tricks. They desire the attention that they get from their performance.

Dogs can be trained quickly, whereas cats are difficult if not impossible to train. Cats can jump and climb wherever they want, which gives them more options when they need to hunt for food, or when they feel threatened. On the other hand, dogs are earthbound, so they need their pack to hunt efficiently. Cats do not need bathing, but they should be brushed regularly if they have long hair. In contrast, dogs especially those with long hair need grooming and bathing frequently.

Comparison between Cat and Dog: