Difference between Premise and Hypothesis and Supposition

Key Difference: A premise is an assumption or a condition that one thinks is true. A hypothesis is a statement or idea that needs to be tested in order to be proved. A supposition an idea that is considered to be true, but it is not certain whether it is exactly the truth or to what extent. 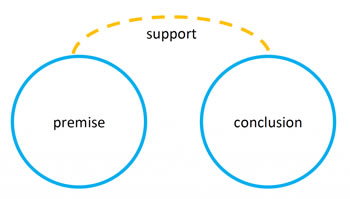 Premise, Hypothesis and Supposition are three completely different words, but which are often used in conjunction. This makes them quite confusing. How does premise relate to hypothesis? What is a supposition? All are valid questions.

A premise is an assumption or a condition that one thinks is true. It is usually a logical statement or assumption which has some reasoning behind it. Usually a premise is then used to develop a conclusion. It is all part of logical reasoning.

A hypothesis is a statement or idea that needs to be tested in order to be proved. It is usually based on known facts, which are not yet proved. If one has an idea or explanation for something, it is not automatically considered as fact, it needs to be proven. A hypothesis is a main part of the scientific process, where an idea is usually proved by an experiment or study of some kind. It can also be said that the idea is a premise, which is an assumption or a condition that one thinks is true. However, if one attempts to prove it then it becomes a hypothesis.

A supposition, on the other hand, is an idea that is considered to be true, but it is not certain whether it is exactly the truth or to what extent. For example, the product was launched on the supposition that there was demand for such a product. Here, there might be a demand for the product, however, it might not have been as much as they expected. Hence, the idea that there was demand may not be false, and instead may be true, but it is uncertain to gauge by how much.

The confusion between these terms comes from the fact that they are all interrelated to some extent. However, it can be hard to differentiate where and how they correlate.

So, let’s consider a comprehensive example:

Premise: The ball is round.

The premise is based on what we can see and understand.

Conclusion based on premise: The ball will roll.

The conclusion is based on the premise. The ball is round, hence, it will roll. 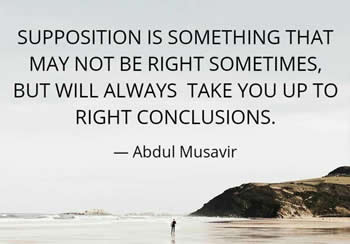 Hypothesis: The ball will roll 15 feet.

The hypothesis is an assumption that needs to be proven. The ball may or may not roll for 15 feet. It needs to be tested to see how far it will roll.

Supposition: This is the best ball for rolling.

The supposition is a belief. You may believe that the ball is best for rolling, just because it rolls well. However, there are bound to be balls that roll better that this one. There is no way to test all the balls in the world to prove this. Hence, it may or may not be true.

Hopefully, this example clears up how each of these words are used, and how they relate to each other. Also, consider the table for more information.

Comparison between Premise and Hypothesis and Supposition: