Difference between Break and Brake 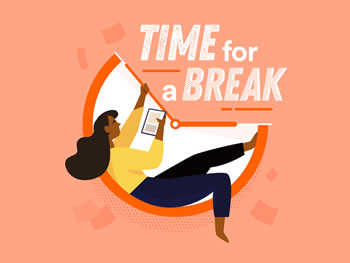 The words break and brake are often confused and used interchangeably because they sound the same. However, the words have complete different meanings even if they do sound exactly the same.

The similarity in pronunciation is because the words ‘break’ and ‘brake’ are actually homophones. Homophones are words that have the same pronunciation, but are spelled differently and have different meanings. Examples of homophones include hear/here, buy/by/bye, hour/our, etc.

And since the words sound exactly the same when pronounced, it is often confusing for a lot of newbies to understand which word is used when and in what context. Let’s take a closer look at the two words mean and how they differ from each other.

The word Break has a few different definitions that can be used in multiple contexts. It can also be used a verb as well as a noun. The most popular definition of break is that it is used to separate something into multiple pieces using force. For example – breaking a cup will result in smashing the cup until it is in multiple pieces. It can also be used as a noun, which means the act or action of breaking. For example – There was a break in the newly built dam.

Other definitions for break include:

The word Brake also has a few different definitions and usage. It can also be used as a transitive and an intransitive verb. However, the most popular definition of a brake is the noun, which is the mechanism in a car that allows it to slow down or come to a complete stop. For example – the emergency brakes in the car failed. As a verb, the word brake refers to the act of braking. For example – he started braking after he saw the dog run into the street. 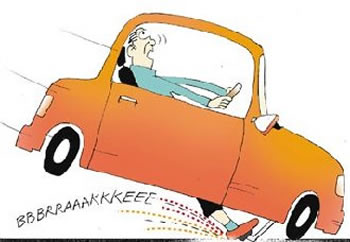 The most common confusion between the two arrives in knowing when to use the two words. Here’s an easy way to remember when to use them – the word break is a part of the breakfast as in he took a break to cook himself a quick breakfast. The other one refers to the device in the car that slows it down.

Comparison between Break and Brake: