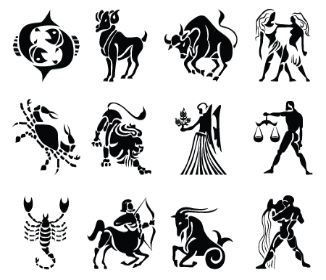 Zodiac is a form of western astrology, where the movement of the sun at the time of a person’s birth brings forth revelations about his/her physical traits, characteristics, state of mind, etc. To understand the zodiac signs conversantly, one has to first know what zodiac is, and the way it functions. In simple terminology, the zodiac can be defined as a circular path comprising of twelve 30 degree segments, known as the various signs of the zodiac. This circular path is also known as the ecliptic, the path that the sun takes to revolve around an imaginary sphere around the earth, known as the celestial sphere. The point where the sun begins its 360-degree journey is at zero degrees or the vernal equinox. The vernal equinox also marks the beginning of the first sign of the zodiac, which is the Aries. As the sun moves along the ecliptic, it passes the various signs of the zodiac, occupying each for a while, in order to pass through it completely. A Person born in a time that is the same as the duration of the sun’s occupation of a particular sign will fall under that specific sign of the zodiac. Consequently, his/her traits, habits, behavior, etc. will be determined by this movement of the sun, which is what the zodiac signs are all about.

Also see: The difference between astronomy and astrology

The zodiac is also called the circle of life, which is why the signs of zodiac carry the names and depictions of living beings such as animals and humans. The twelve signs of the zodiac are as follows:

Technically speaking, a day cannot come into being without the complete progression of the night. So, if an astrological report takes into consideration a sun sign or a zodiac sign, then it must do so for the moon sign as well. Simply put, a moon sign is the position of the moon at the time of a person’s birth. Like the sun has its ecliptic path along which it traverses for the course of one year, the moon has its own orbital path as well. The sun takes a month’s time to step out of a sign after entering it. Whereas, the moon is much faster in comparison and takes about 2 and 1/3rd days to pass through a sign. The moon completes its course of passing through all the twelve days in just a matter of 28 days. This is the reason why the moon sign and the sun sign aren’t the same and calculating one’s moon sign is not as easy as calculating one’s sun sign or zodiac. Moreover, the moon sign reveals a lot about a person that is not reflected on the surface. A person’s inner emotions, intuitions, fears, vulnerabilities, etc. are all determined by the moon sign. In some astrological sciences such as Vedic astrology, the moon sign is given preference over the sun sign. The prime example attributable to this fact would be the Rashi system.

Also see: The difference between Horoscope and Astrology