Difference between Communism and Dictatorship

Key difference: Communism refers to an economic and political system which aims to distribute resources to each person as per their needs. Dictatorship is a political system in which a single person holds all the power and makes all the decisions. 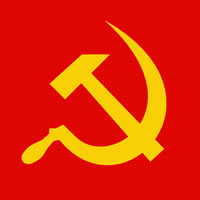 Communism and dictatorship are ideological principles. They differ in their beliefs as to how a country should be run.  Communism is an economic system that holds the society and community as the primary interest, whereas dictatorship is a political system, which holds the interests of the dictator as primary and everything else, including the society and community as secondary.

The word communism comes from the Latin word "communis", which means "shared" or "belong to all". It is the idea of a free society with no division or alienation, where the people are free from oppression and scarcity. According to dictionary.com, the definition of communism states that it is a theory or system of social organization based on the holding of all property in common, actual ownership being ascribed to the community as a whole or to the state. Communism is a system of social organization in which all economic and social activity is controlled by a totalitarian state dominated by a single and self-perpetuating political party.

According to dictionary.com, dictatorship is a country, government, or the form of government in which absolute power is exercised by a dictator. It is the absolute, imperious, or overbearing power or control, which is held by the dictator. There are many different types of dictatorship, including: 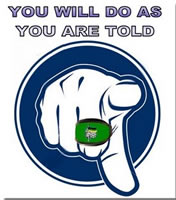 Single-party state – a single party assumes the role of a dictator and the complete control and full power associated with the role. (Example: the Nazi Party, the Communist Party)

Personalist – one person reaches the top and assumes the role of a dictator. (Example: Sadam Hussein, Fidel Castro, etc.)

Hybrid – any combination of the pervious types.

The main difference is that communism holds that centralized organizations should manage the economy to bring about statelessness and classlessness, i.e. everyone will be equal. Dictatorship, on the other hand holds that one person should manage everything. The dictator, or the dictator’s office, holds all the power and makes all the decisions.

Communism, however, believes in bringing about classlessness by putting an end to capitalism and private ownership. It says that all properties, factories, etc. should be owned by the central government, while the work and profit should be divided equally among the people. Whereas, dictatorship believes that the dictator and the people closest to the dictator should control everything and gain all the profit, while the people do all the work.

The only problem is that in the real world, ideologies get distorted. In modern terminology, communism has become synonymous to an Oligarchy. In an oligarchy, everything is ruled by an elite few. In modern communist regimes, one person or one party comes to power and the policies of states get controlled by these communist parties. They turn the communist regimes into dictatorships. Some examples of modern communist regimes include the Socialist Republic of Vietnam, the People's Republic of China (PRC), North Korea, the Soviet Union, Cuba, Cambodia and Laos.

I think communism isn't that bad. The ideas are pretty good. Just some times, it all depends on the government too.
Communism is like "One for All," whereas a dictatorship is like: "All for One."