Key Difference: Data engineers work on building the architecture that collects and sorts the data. Data scientists work by process and apply statistics to the data to get results and make the data more understandable. 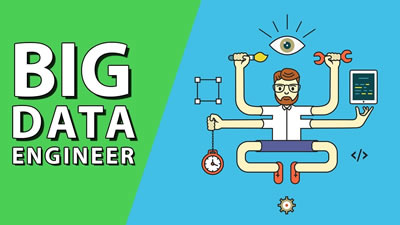 Data has become a huge deal in today’s world, especially Big Data. The term big data has recently become one of the most popular terms in the IT world with a lot of people now regarding data as an essential part of their business. This has resulted in specializations to pop up in careers that specifically deal with collecting, analyzing, processing and making sense of that data. Two of the most popular of these careers are Data Engineer and Data Scientist. At first glance, it might seem like both these careers might be the same, but they are actually different from each other.

Big data goes through a few different processes, from being collected, then processed and organized, after which it is finally run through algorithms to find patterns and trends in the data. These trends can then be used to make decisions that make an impact on the company and its future. Now, at each stage there is a different person performing different tasks.

A data engineer takes part in the early stages of data processing and is responsible for the work that happens behind the scenes in order to ensure that the right kind of data is collected and stored. They are responsible for building and maintaining the architecture that will collect and store that data. The system is responsible for collecting and partially organizing the data as well as dealing with the influx of large amounts of data. The databases must be scalable as well as compatible with the different forms of data that will be collected. The data engineers usually have a prominent background in computer engineering.

They mostly deal with languages such as Scala, Java and C# as these are some pure database languages and work with tools such as Oracle, Cassandra, Redis, MongoDB, etc. They can also actually work in building data mining systems which actually look for patterns in large data sets. 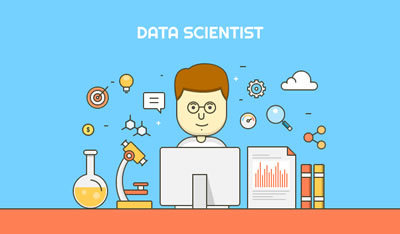 Now, a data scientist is someone who works on the data after it is collected and sorted. They work on organizing and analyzing the data to make sense of it. They find patterns, trends and other information that can be usable by companies for their growth. They work on writing algorithms and using statistics to get more readable information and are also responsible for making the data more presentable. This includes getting figures that make sense or writing it up in a way that is simpler for the management team to understand. They have a background as mathematician and statistician along with computer engineering.

Data Scientists work with the same languages as the data engineers but they also work statistical stool sets such as SPSS, Hadoop, Matlab, Excel, etc. They also work extensively with deep learning and machine learning tools and languages to build more efficient systems of data organization. In short they ensure that the data found can be understood and used effectively by the companies.