Key Difference: The Cambridge diet follows the principle that by limiting the body to consuming very limited calories, it will instead turn to burning up fat deposits. The SlimFast diet on the other is fairly simpler in comparison. It suggests eating 6 meals a day, but instead of eating proper meals, five of these meals should be replaced by the company’s meal replacement bars or shakes. 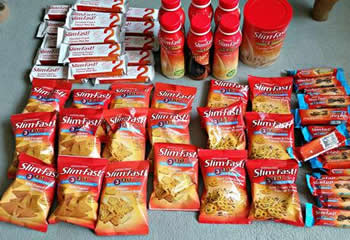 Slim Fast and Cambridge are two different diet plans, both of which are quite popular for losing weight fast. They are both types of low calorie diets, which recommend eating fewer calories to lose weight. However, the Cambridge Diet, which has officially been renamed to the Cambridge Weight Plan, is a type of VLCD, i.e. very low calorie diet, as it recommends eating as less as possible.

One major difference between the two is that while Slim Fast products can be brought from stores or online, the Cambridge diet products can only be brought from a Cambridge Weight Plan consultant. Alternately, while slim fast does not require a consultant, Cambridge cannot be followed without one. Firstly, they are the ones that can provide one with the Cambridge products, and keep the dieter on track. A person also cannot start the Cambridge diet without the say so of a consultant, who will ensure that the person will not face any direct harm from following the diet.

In terms of the diet themselves, the Cambridge diet is stricter than the SlimFast Diet. It follows the principle that by limiting the body to consuming very limited calories, it will instead turn to burning up fat deposits. Hence, the Cambridge diet recommends limiting oneself to eating between 415 calories to more than 1500 a day as depending on the body weight and the amount of weigh that needs to be lost. 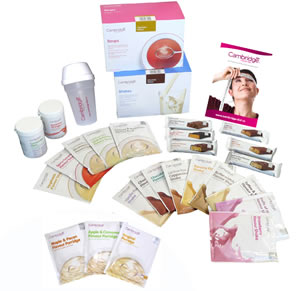 The SlimFast diet on the other is fairly simpler in comparison. It suggests eating 6 meals a day, but instead of eating proper meals, five of these meals should be replaced by the company’s meal replacement bars or shakes. The dieter is however allowed to eat one proper meal a day. The SlimFast diet follows a 3-2-1 plan, where one is allowed to eat three 100-calories snacks, two 200-calorie snacks meal bars or shakes, and one proper meal in one day. In addition to this, the SlimFast diet also recommends that one do at least 30 minutes of daily exercise, whereas the Cambridge Plan has no recommendation towards exercise.

The Cambridge Weight Plan was developed by Dr. Alan Howard at Cambridge University, England in 1970. Hence, it is often touted as being more nutritionally fortified, after all it does need to meet the whole nutritional value of a day though its packaged foods alone. SlimFast, on the other hand, was launched primarily as a diet shake product line of the Thompson Medical Company in 1977. They were created in response to the low-carb diet craze initiated by the Atkins diet and South Beach Diet. It eventually developed into a diet based on the titular product line.

However both diets have been criticized as being unhealthy as they both recommend eating limited amount of both. As per medical professionals, it is unhealthy to limit oneself to one type of food, as it leads to the body not meeting the various different types of nutritional demands that it needs.

Furthermore, such types of diets are also criticized for being get skinny quick plans, where the dieters do lose weight quickly and unhealthily, but they also regain that weight when they do go off the diet and start eating normal food again. Hence, the diets are not really effective for long term weight loss and management.