Key Difference: There are two main types of beers: ales and lagers. Lager is a bottom-fermented beer. In it the yeast collects at the bottom of the container as it ferments. A strong beer is any type of beer with a high alcohol content. 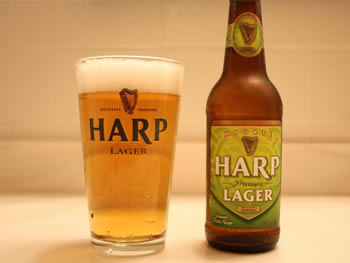 A beer is one of the oldest alcoholic drinks, and it continuous to be one of the most popular as well. Beer is the third most popularly consumed drink (alcoholic or not). The first two are water and tea. However, there is still a lot that the general public does not know about beers. For instance, while there many different types of beers found around the world, most of them can be divided into two main types of beers: ales and lagers. Each one has its unique tastes and attributes.

Ale is top-fermented beers, which means that it is a beer that is brewed with yeast that collects at the surface of the beer as it ferments. Lager is naturally the opposite. It is a bottom-fermented beer. In it the yeast collects at the bottom of the container as it ferments. Another identifying characteristic is that lagers are generally fermented in the cold and kept refrigerated until it is served. Comparatively, ale is fermented at a warmer temperature and then refrigerated. Once refrigerated, the fermentation process of the ale ends; whereas as the lager ferments in the cold, it continues to ferment in refrigeration.

Many people mistakenly think that lager is darker in color than ale, however, that is not the case. Both can come in a variety of colors ranging from pale, golden, amber, to dark. This color comes from the ingredients used to make the beer, i.e. oats, barley, malt, etc. It has nothing to do with the yeast used.

However, lagers are described as having a ‘smooth, elegant, crisp, and clean’ taste, whereas ales are usually describes as being more ‘robusty, hearty and fruity’.

A strong beer, on the other hand, is any beer, be it an ale or a lager, but with a high alcohol content. Generally, the alcoholic content is decided by the type of yeast used. Top fermenting yeasts generally result is a higher alcohol content. Due to this most traditional strong beers were ales. However, due to improving technology and changes in fermentation process, it is possible to increase the alcoholic content of any beer. One such process involves freezing, whereas the beer is frozen and the ice crystals fished out. Since water freezes first, the ice crystals are basically just water. Hence, this reduces the water content of the beer, thus making it stronger. 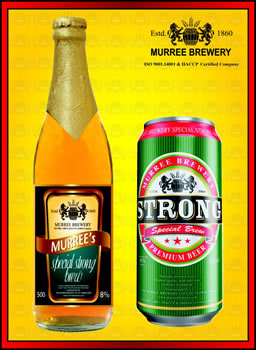 Studies have shown that lagers are more popular than ales. In fact, over 90% of all beers in the world are considered to be lager. Hence, it can be seen that not all strong beers are be ales, though some still might be.

The label of Strong Beer depends solely on alcohol content. Most regular beers have an alcohol content of about 5%, though it may vary from brand to brand. Anything higher than that can be considered as strong beer. Similarly, anything lower than that is generally considered to be light or mild. However, this definition may differ from region to region. In some regions, popular opinion defines whether or not a beer is considered as strong. If people are used to drinking strong beer, then for them a beer with 10% proof may not be considered as strong. Still, in most regions, the labeling of the beer as strong or light is regulated by law; such as anything over 5% is considered strong and anything below 4% as light. Some countries may define strong beer as above 7% alcohol by volume (abv).