Difference between Automotive and Automobile Engineering

A lot of people are confused about the automotive and automobile engineering. They both tend to be interrelated and therefore, most often are used interchangeably. However, few consider that automobile engineering focuses more on the cars, whereas automotive engineering can be defined as an umbrella term to denote a branch that deals with all motor vehicles. Therefore, based on this subtle difference, one can differentiate the two. Still, one must remember that in common usage the terms are used interchangeably. 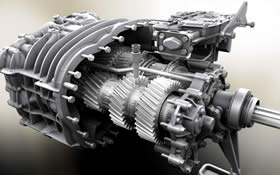 Automotive engineering deals with the design, manufacture and operation of ground based vehicles. It includes motorcycles, buses, trucks, automobiles and also their engineering sub parts. It mainly focuses on the design, research and development, and production. Automotive is used as an adjective that indicates something that is related to or concerned with motor vehicles. Therefore, Automotive Engineering also deals with the construction and designing of automotives.

Automotive Engineering may further be specialized in any of the aspects of the entire engineering process like on the design or on the testing and research. There are numerous job opportunities for the automotive engineers as their primary employers include – automobile companies, manufacturers of individual car components, companies that produce automotive related accessories and consumables like tyres, dashboards. They are also hired by concept automobile design firms, motor sport teams and also by automotive consultancy firms. 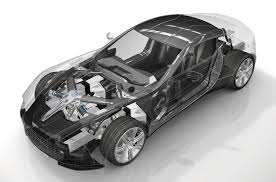 An automobile is also used as a synonym to automotive. However, it generally refers to a type of passenger vehicle that is designed for operation on ordinary roads. The word is generally used in context to a vehicle with four wheels that works on a gasoline or diesel internal combustion engine. Therefore, an automobile is generally used to denote the cars; hence, automobile engineering is also about the cars. However, the engineering branch may also cover study of scooters and mopeds that run on their own engines.

Best explanation on the difference!!!!

its..gud but it could be done more better way also,,,,

Some more definitions is needed. But this has created a great confidence in me....!

It is a right difference and has developed a confidence in me.....!

It is the best answer for me to chose the one between automotive engineering and automobile eng. . . . It is helpfull.