Difference between Drunk and Alcoholic

Key difference: A person is called drunk when he or she is intoxicated with alcohol to the extent of losing control over normal physical and mental functions. An alcoholic is defined as the person affected with alcoholism. 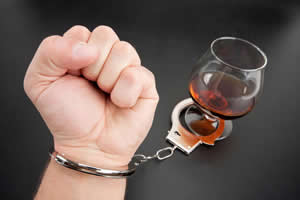 An alcoholic is a person who is affected with alcoholism. Alcoholism is a broad term for problems with alcohol. In general, it is defined as a compulsive and uncontrolled consumption of alcoholic beverages, which causes harm to the drinker's health, personal relationships, and social standing. It is medically considered as a disease, an addiction illness.

An alcoholic is a man or a woman who suffers from alcoholism. They have a distinct physical desire to consume alcohol beyond their capacity to control it, regardless of all rules of common sense. They are obsessed with alcohol and cannot control how much they consume. It is a condition where body craves for more drinks. They want more alcohol and can’t get enough of it. They again and again want the feeling of drinking alcohol and the taste of it. If an alcoholic stops drinking suddenly, he may experience nausea, sweating, shivering and anxiety. There are symptoms which help determine alcoholism, and the last person to be aware about the serious drinking problem they suffer from are the alcoholics themselves. They are in denial. They go under depression. Few symptoms are as given:

The problems linked to alcohol dependence are extensive, and affect the person physically, psychologically and socially. Drinking becomes a compulsion for a person with a drinking problem; it takes precedence over all other activities. It can remain undetected for several years.

Initially, alcohol elevates the mood of the drinker. However, after a long period of regular heavy drinking the person's nervous system will become depressed and the drinker will become sedated by alcohol. It also causes many other symptoms like fatigue, memory loss, liver damage, diabetics, heart problems, etc. Alcoholism is treatable with a little help. The first step would be to acknowledge that there is an alcohol dependency problem. There are several support groups and professional services available. 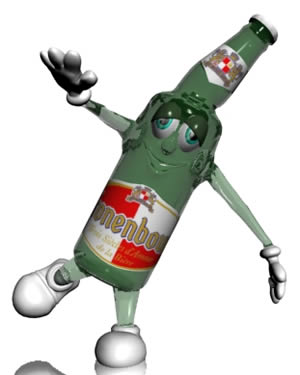 Alcohol intoxication or drunkenness is a physiological state induced by the consumption of alcohol. Being drunk is the consequence of alcohol entering the bloodstream faster than it can be metabolized by the liver. It is a different thing altogether, with a lot of unpleasantness. People after getting drunk don’t remember the thing they do or are doing. People pass out and it is like a blackout in their brain. The physiological effects of alcohol take over, and the alcohol level in the blood increases so much that the body has to get rid of all the toxins, thus puking and throwing up. This way the body copes with the poison in the system. The person loses all control of their speech, their actions and their muscles. They can’t walk straight, they can’t talk, they cannot see normally; some get angry, some get sad and some get absolutely stupid without their own knowledge. Drunken people have no control over their body or brain, thus they may prove harmful to their own well-being and to society.

Comparison between Drunk and Alcoholic: