Difference between Fiddle and Violin

Key Difference: A fiddle is any bowed string instrument and is most commonly used to refer to a violin. Fiddles are used for faster beats and folk music. A violin is a four-string instrument that is used to play classical music. 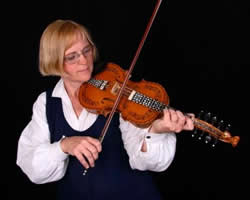 A fiddle and a violin are two of the words that are commonly a nightmare for a violin or a fiddle player. These people are constantly asked about what they are playing; a violin or a fiddle? The answer is always the same: There is no difference between a violin and a fiddle. The two terms are a result of how and which music is being played.

A fiddle is any bowed string instrument and is most commonly used to refer to a violin. However, it is not only limited to a violin and also includes other instruments such as cello, viola, the Byzantine lira, etc. To many a fiddle is just a nickname that is used to refer to their winged instrument. Fiddles are used to play upbeat, fast melodies and rhythm to which people can dance.

A violin is one of the many winged instruments and has four strings tuned in perfect fifths. It is the smallest, highest-pitched member of the violin family of string instruments. The term ‘violin’ has been derived from the Medieval Latin word ‘vitula’, meaning “stringed instrument”. A violin has been considered as strict, proper cousin of a fiddle and is associated with slow, meaningful musical pieces.

The major difference between the two lies in the type of music that is played on the instrument. A fiddle is more closely related with folk music, while the violin is related to classical pieces. A fiddle has faster beats that are used for parties or dances, where people are forced to dance. However, violinists play music in concertos and plays. Fiddles are commonly for genres such as Canjun music, Irish trad, country and many different types of folk music. On the other hand, violins are used for Baroque music, classical, jazz, folk music and rock and roll.

"You don't spill beer on a violin!" In short, this does sum it up. Fiddle is considered more as an informal instrument, while a violin is a more formal one. Fiddles are more fun compared to violin, which puts more focus on technique and notes.

To some fiddles might also be considered as a cheaper variant of a violin. This usually stems from the usage in previous times. Since violins were an expensive instrument, poor people would create strikingly similar instruments at home from household items and play at dances and occasions. This is why mostly it is considered as a cheaper counterpart. Fiddles were also associated with more freestyle and composition, while violins are more related to reading music from a sheet. 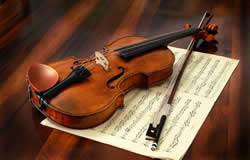 There may also be some minor differences between a fiddle and a violin. There are many changeable parts when it comes to an instrument, these parts can differ depending on the artist. These parts are known as set-ups and include the strings, the tuners, the bridge, and any shoulder rests, chin rests, or pick-ups. The fiddlers prefer to use different set-ups compared to the violinists. Though commonly, a fiddle refers to a four-string instrument, the word can also point to a five string one. Violins will almost always have four-strings. Classical violinists will always tune their violins in perfect fifths, GDAE. However, fiddlers may alter this depending on the requirement of the tune or the beat.

Another difference also lies with the bridge, which according to Wikipedia is a small wooden cut piece that forms the lower anchor point of the vibrating length of the strings and transmits the vibration of the strings to the body of the instrument. This bridge may be straighter in the fiddle, while is more curved in a violin. The straighter bridge allows the fiddler much easier access to play more than one note at a time. The curved bridge in a violin makes it easier for each note to stand out on its own. However, the shape of the bridge solely depends on the artist’s preference.

A fiddler may also hold the fiddle much differently than a violinist. Fiddlers hold the fiddle lower than their shoulders in order to talk, sing or even yell out dance moves. However, a violinist does not require speaking when playing so they hold their instrument under their chin.