Difference between Mistress and Concubine

Key difference: Concubine is defined as the secondary wife, who is inferior in rank. Mistress is a woman who has an extramarital relationship with a married man. 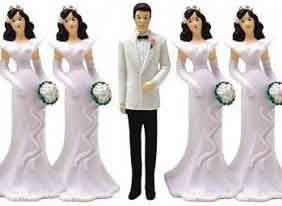 According to Wikipedia, a concubine is a woman in an ongoing matrimonial like relationship with a man, whom she cannot marry for a specific reason. The reason may be because she is of lower social rank than the man or because the man is already married. Generally, only men of high economic and social status have concubines. Many historical rulers maintained concubines, as well as wives.

Historically, concubine was voluntary by the woman or because of her family's arrangement, as it provided a measure of economic security for the woman involved. The Romans, under the empire law came to tolerate concubine as long as the relationship was durable and exclusive. The concubine's legal status was considered as akin or inferior to marriage. The children of a concubine were recognized as legal offsprings of the father. They received a smaller amount of inheritance.

Men frequently used concubines to bear heirs when they were not able to produce sons with their wives. There were different rules regarding concubinage in different cultures. In ancient Greece, law prescribed that a man could kill another man caught with his concubine and the children of a concubine were not provided citizenship. In Rome, men were allowed to enter an informal but recognized relationship with a concubine, whose lower social status was an obstacle in marriage. Among the Israelites, men commonly acknowledged their concubines, and the women enjoyed the same rights in the house as legitimate wives. In Islam, there were three versus of Quran which state that a man may be married to a maximum of four women, if he can treat them with justice and not treat them as his slave women. Islamic rights for concubines ensured fair treatment within the household, and promised living expenses for concubines and their children. However, at the turn of the century, views regarding women were changed. With an increase in the number of women being educated, less and less women took to be concubines. They were given rights and treated with respect.

A mistress is a female lover and a companion who is not married to her partner, as the partner is already married. The relationship is stable and considered semi-permanent. The couple does not live together openly and the relationship is kept a secret. Historically, the term was denoted from ‘kept woman’, who was maintained in a lavish lifestyle by a man so that she was available for an intimate relationship. He was also responsible for paying her debts and a proving a life of luxuries. The relationship between a man and his mistress was considered quite emotional and possibly social. He is not bound by law for keeping a mistress. A mistress was often considered as the other women in a marriage. She has no responsibilities toward the man; she does not bear children for him. The relationship is kept secret, so she was not included in any family matters of the man. She did not have any legal rights. Historically in Europe, keeping of a mistress was not confined to royalty and nobility but permeated down through the social ranks, essentially to any man who could afford to do so. Any man who could afford a mistress could have one or more, irrespective of his social position. They were dependent on men mostly for money. During the 20th century, the women became more educated and were able to support themselves. They were given rights and lived a more respectful life.

Comparison between Mistress and Concubine: