Difference Between Perception and Conception

Key Difference: Both the words Perception and Conception are nouns derived from two different verbs Perceive and Conceive. The main difference between the two words is that Perception is trying to understand or becoming aware of something through the senses, experiences or expectations. While, Conception means an image or an idea, or notion formed in the mind, which is also called as concept or the ability to form something in the mind and to develop an understanding. 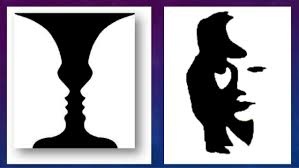 How a person perceives a specific event or thing depends upon mental ability and experience and is different from other person's experience. Thus the perception changes from person to person. Perception is also shaped by the person's learning, memory, expectation and attention. Perception is understanding of something experienced through the senses like for an example through hearing (ear) about a person, the mind can change the perception or the image based on whatever was earlier heard.

Eg: I thought XYZ is a good school, but when I heard about their latest scandal, I will re-think about the admission in the school. So, this means that the person's perception about the school was changed after hearing about a certain scandal related to the school. The original image of the school was good because that person was thinking to get enrolled in that school, but later changed the mind because of certain knowledge about school. All perception involves signal that goes to the person's nervous system , that results in chemical or physical stimulation of the sensory system. For example, vision involves light striking the retina of the eye or hearing involves pressure waves. Perception are often based on feelings, intuitions, dreams, analysis, discussions and sometimes may not result more than awareness.

In simple terms conception means  a mental image or idea of something formed in the mind of a person. This means the way a person represents something mentally.  The word Conception is borrowed from Latin , “Conceptio” or Conceptionem, which means comprehension or understanding. The word Conceive has many several meanings like comprehending, a collection, a composition, an expression and also becoming pregnant from Concipio, which is past participle of Conceptus (conceive). The singular is Conception and plural form is conceptions. Different meaning to the terms conceive are:

Conception involves an internal process of thoughts that produces new results or ideas. Like the inventions , they are mainly conceptions which has certain level of value to the world through sharing or commerce and technology. The process is internally driven through readings, formula's, personal observation, ideas, methodologies and also perception. Conception generally attracts lot of engagement and co-operation wide-spread and sometimes also involves group discussions as act of community. Conception is always related to an action that is done with the mind and involves deep imagination and thought process. Like for an example, it's hard to conceive, what he might be going through.

Common Link between Perception and Conception: 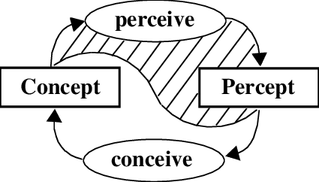 Comparison between Perception and Conception: