Difference Between Philosophy and Literature

Key Difference: Anything published in printed words — books, magazines — is literature, although the word usually connotes something that has been highly acclaimed and has stood the test of time. Philosophy is a particular literary topic; but unlike literature it's still philosophy if it's only spoken. Literature is about the packaging of ideas and philosophy is about the content of ideas.

Philosophy, on the other hand, is almost always theoretical, not fictional, poetical or dramatic. There are instances where genres may conflate, such as in some fictional works by Voltaire, Jean-Jacques Rousseau, Jean-Paul Sartre and Albert Camus, and others. Philosophy uses fictitious character, plot, setting, and poetic trope in a less central way. It's easier to think of philosophy without plot or character or metaphor than it is to think of fiction or poetry.

Philosophy has more often aspired to formulating general truths and doing so through modes of argumentation, while other forms of fiction exhibit them in other ways and, anyway, attend more to the particular.

Philosophy orbits around a defining set of topics: forms, substance, essence, the nature of truth, the best life.

It is also important to note that in the past philosophy covered various bodies of knowledge including medicine, physics, economic, linguistics, and astronomy. Today these bodies have separate academic disciplines. However, there are some sub-fields of philosophy as follows:

As David said, literature generally means anything published in printed words, a definition which encompasses philosophy (e.g. “the literature on Kant”, “the philosophical literature discusses the topic of idealism” etc.). However, the term is most commonly applied to fiction, poetry and theatre (amongst other less common genres). 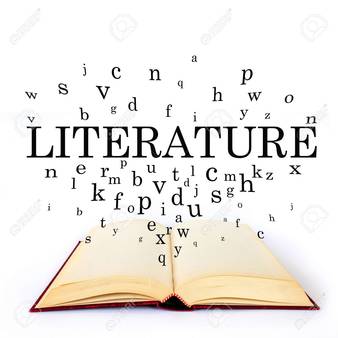 According to Encyclopaedia Britannica ‘Literature is a body of written works. The name has traditionally been applied to those imaginative works of poetry and prose distinguished by the intentions of their authors and the perceived aesthetic excellence of their execution. Literature may be classified according to a variety of systems, including language, national origin, historical period, genre, and subject matter.’

Philosophy and literature differ quite significantly. Philosophy is centrally concerned with truth and argument, with justification and the presentation of reasons. These are not central concerns of literature. It is plausible that fiction is the core of literature--there's literature outside the sphere of fiction, but fiction is the central case. And philosophy, although it may involve the use of fiction (in the Platonic dialogues or in the development of complicated thought experiments), is not centrally a matter of making fictions. Finally, even though cognitive value is important in both philosophy and literature, it seems much more important in philosophy.

Although philosophy and literature are two different fields, the boundaries between them blur when you study a book that has philosophical touch. For example, you may study works of authors like Voltaire, Rousseau or Sartre for literature; but since the content of these works is philosophical, the study of these work is also related to philosophy.

Major difference between Philosophy and Literature is as follows: