Difference between Quit and Resign

Key Difference: Quit is just an informal way of saying resign. Both essentially mean the same thing, except resign is used in a more formal and professionally manner, whereas quit is more colloquial and informal. 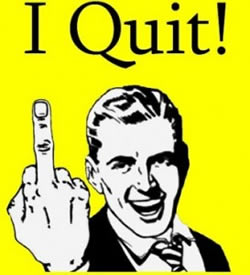 For all purposes quit and resign are the same thing, they both indicate that an employee left their job out of their own free will. Quit is just an informal way of saying resign. Both essentially mean the same thing, except resign is used in a more formal and professionally manner, whereas quit is more colloquial and informal.

However, if one was to nitpick, they could come up with a couple of differences between the two terms. Other than quit being informal, and resign being professional and formal, quit gives the impression of somebody just getting up saying “I Quit” and walking out of the office. Hence, quit implies that they may have not served their notice period, not hand in an effective letter for quitting. As resign is more professional, it gives the implication that the person went about quitting the right way, which means that they handed in their resignation letter, and served out their notice period.

Additionally, quit may also imply that the person just up and quit and hence may not have another job position ready. This may mean that they will be unemployed for a period of time and may have to go on a job hunt after quitting. On the other hand, resign may imply that the person has another job position ready, and may join there immediately after they serve out their notice period. 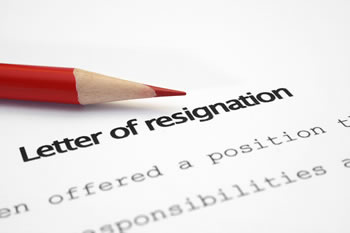 Also if a person ups and quits their job without notice, they may not be applicable for compensation such as pay for leftover vacation days, etc., and hence may forfeit it. Whereas a person who goes about resigning the right way will still be eligible for this. A person who quits on the spot may also not get a favorable reference or recommendation for future job positions, whereas a person who properly resigns may get one as long as there as no other negative factors involved.

Comparison between Quit and Resign: