Difference between Reflection and Deflection

Key Difference: When the light falls on any surface, a part of that light is sent back to the same medium. This is known as reflection. Light is deflected; means it bounces back on the plane surface when it is bent by a gravitational force.

According to the Dictionary.com, Reflection is:

According to the Dictionary.com, Deflection is: 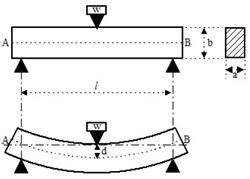 Light is deflected; means it bounces back on the plane surface when it is bent by a gravitational force. For example, a mirror never reflects the exact sum of light; and it will bounce back on the other side. If a ball is hit on the ground, it will never bounce back to the same spot where it first started. The Law of Thermodynamics states that in deflection that there is a relation to energy and work. The corpuscular theory of light states that the reflection of light helps the deflection of small light particles (corpuscles). The deflections of waves like light consist of reflection and refraction.

Comparison between Reflection and Deflection: