Difference between Shop and Shoppe 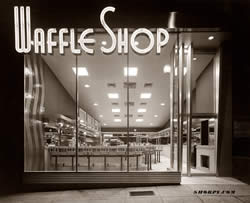 Shopping has become a favorite pastime of many people in today’s world. Shopping and sales have become the center for many holidays, where each holiday has a significant shopping spree attached to it. The terms ‘shop’ and ‘Shoppe’ are often found on different stores, with many people confusing as being the same. Fret not! These two are not completely different from each other; they are almost the same. Let’s dig deeper into these two different words and what makes them so different.

In the Old days, when ‘you’ was referred to as ‘thou’ or ‘thy’; this would be when we still used Middle English or Old English. These were words that were adapted or taken from older Nordic languages, well at that time ‘shoppe’ was considered as a proper way to refer to a shop. The ‘pe’ in the Old English was added because of its elaborate system of endings on its nouns and the adjectives that went with them. These words differed depending on whether the word was masculine or feminine. These type endings are still found in many European languages including Spanish, Italian, French, etc. This was phased out when England adopted the Modern English language. Though the extra ‘pe’ was removed, it can still be seen when using the terms ‘shopping’ or ‘shopped’.

Let’s get back to shop and shoppe; these two terms refer to a shop. It could be a general shop, a high-end shop or even a department store. These days, the word ‘shoppe’ is used more as a proper noun rather than a common noun. So, it depends on the owner to name the shop according to his/her preference. However, there is a trend that seems to running these days. The term ‘shop’ is used to refer to any place that provides a customized service. Examples of this include Auto shop, Coffee Shop, etc. These places alter their services depending on the customer’s needs. Auto shops fix the car depending on what the problem in the car is. Similarly, Coffee shops prepare the coffee depending on what the customer needs, even if they have a select Menu, these Menus can be modified. The Free dictionary defines ‘shop’ as:

The following examples conform to the general definition of a shop. Now, shoppe is most commonly used by people that are trying to draw in customers for more high-end services. Shoppes offer more high-end brands or types of products. The term is used to give an old-fashioned antique sound to the store. The look of the store could also be an antique look, but again that depends on the owner. Prices at a shoppe are usually higher than the ones in a regular shop. For example: a Coffee Shoppe would also offer coffee but it could be of a better quality or a better brand, etc.