Difference between Tagalog and Filipino

Key Difference: Tagalog is an old language that has been used as the basis of the new and improved Filipino. The newer language includes words borrowed from other languages and includes added alphabets.

For a country that is made up of more than 7,000 different islands, there are definitely bound to be a lot of different cultures, languages and customs that bring the people together. Philippines is just like any other country and similar to them, it also comes with an array of people with different backgrounds, customs, traditions, languages, religions and culture. This can result in confusion for people who may not know about the country. This is exactly what stems questions like, ‘what is Tagalog and Filipino?’ or ‘what are the differences between the two, if any?’

Tagalog is an old language that was spoken in the region and has been the lingua franca since the 1930s, when the Commonwealth Constitution was originally drafted. It was spoken in major cities like Manila and its neighboring provinces. However, when the new constitution was drafted in the 1970s, Philippines decided it wanted a new language and created the Pilipino, later changed to Filipino in the mid-1980s. This new language was built on top of the old Tagalog and included new words from other languages such as Spanish, Sanskrit, English, Arabic, etc. It also included new non-native letters and foreign speech sounds such as c, ch, f, j, x and z. 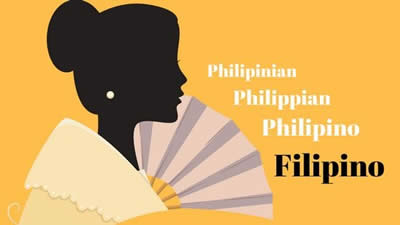 Filipino was labeled as the national language of Philippines and became the primary language which was used in business and education. However, it is still majorly used only in the urban cities, while smaller rural areas still use their own dialects and local languages for conversation. It is still an evolving language and is still borrowing words and semantics from other languages.

In short, the main difference between the two popular languages is that Tagalog is an old language that has been used as the basis of the new and improved Filipino. The newer language includes words borrowed from other languages and includes added alphabets. However, people who often speak Tagalog can understand Filipino and vice versa.

Comparison between Tagalog and Filipino: