Difference between There and Their

Dictionary.com defines ‘There’ as:

Dictionary.com defines ‘Their’ as:

Essentially, ‘there’ is a location. It is used to denote a place, a place which is not here. This is an easy way to remember the usage of there; it is the opposite of the word, here. For example, “I live here not there.” The word ‘here’ is in fact a part of the word ‘there’. 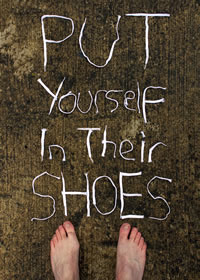