Key difference: The main difference between the two terms is that ‘Wu Wei’ is a philosophical concept in Taoism, whereas the term ‘Wei Wu Wei’ is an author’s pen name. 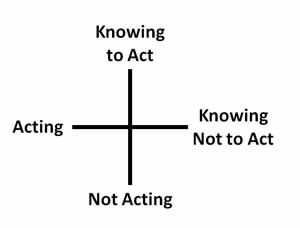 Now, the term ‘Wu Wei’ is an important concept of Taoism, which is literally translated as ‘non-doing’ or ‘non-action’. Paradoxically, one can say it is the ‘Action of non-action’. It refers to a state of being in which our actions are quite naturally in alliance with the flow of life. It is action without desire, motivation or intention.

It is based on the concept wherein Tao (The Way) is the creator and sustainer of all things in the Universe, and so the practice of living by ‘Wu Wei’ (non-doing) is what enables the disciple to unite with the Tao. It simply means that the Universe is already working in its harmonious ways, and for a man to find accord with the universe, he doesn’t have to act on it, but he has to simply go with the flow.

Although, it is quite confusing, people have often experienced the ‘Wu Wei’ state. It is a state in which people are often heard saying ‘I was in the zone’; it is a state in which things are so in flow that one looses the track of time or one is so occupied that they forget everything else (hunger, thirst, etc) and everything they do only seems natural. The goal of this practice is for human beings to attain the natural way of behaving i.e. for a person to act, instead of knowing when and how to act, that person should just do the natural thing, and not think about the act. Because the moment, one thinks about what they are suppose to do, the ‘Wu Wei’ state is compromised and is lost.

In the ancient Taoist texts, ‘Wu Wei’ is often related to water and its docile nature. It explains that even though, water is soft and weak, it has the will and capacity to erode solid stone and move mountains. Water is without shape, but because of its propensity and nature, it can assume any shape of a container or jug. Thus, this concept simply states that just take the shape of a container or jug i.e. simply accept life as it comes by, don’t fight it or think about it or react to it, just be natural and do the right thing at the right time. The key to achieving ‘Tao’ lies in the actions, rather ‘how’ the person acts in a natural process. 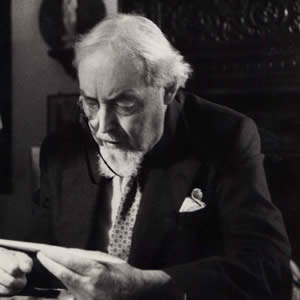 Now, based on this philosophy, writer Terence James Stannus Gray adopted the term ‘Wei Wu Wei’ as his pen-name.

By profession, Terence was a theorist, theatrical producer, creator of radical "dance-dramas", publisher of several magazines and an author, but after a brief interest in the theatre, his thoughts turned to philosophy and metaphysics. He then turned to the concept of Taoism, and was so impressed with it, that he stated preached and writing about this concept under the ‘Wei Wu Wei’ pen-name. Some of his famous Quotes are:

“Disciples and devotees…what are most of them doing? Worshipping the teapot instead of drinking the tea!”

“Why are you unhappy?