Difference between Aikido and Tai Chi 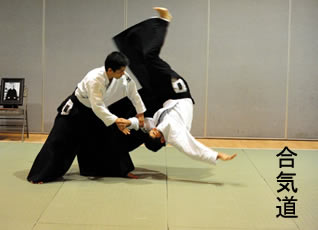 The generic term 'aikido' was coined in the twentieth century. “Aikido” was created by Morihei Ueshiba (14 December 1883 – 26 April 1969), who is referred as Ōsensei ("Great Teacher") by some aikido practitioners.

The term ‘aikido’ is formed of three kanji:

Aikido is a Japanese art form, formed by Morihei Ueshiba as a synthesis of his martial studies, philosophy, and religious beliefs. The word means as "the Way of unifying (with) life energy" or as "the Way of harmonious spirit." It is a martial art form practiced for self-defense, in this the practitioner have to protect him/her self from the attacker. Aikido is performed by blending with the motion of the attacker and redirecting the force of the attack rather than opposing it head-on. The martial art forms need the opponent’s momentum or his/her movement, according to which the actions are performed and implemented. Its technique includes all the twisting, turning movements along with the various throws or joint locks. 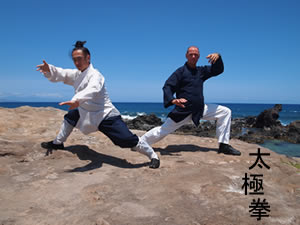 T'ai chi ch'uan / Taijiquan is formed by the combination of three hanzi:

Tai Chi is famous form of exercise, practiced all over the world. The word Tai Chi is used in internal Chinese martial art. This art form is practiced in both ways, for defense as well as for maintaining the balance of health. Its hard and soft martial art techniques, demonstration competitions, and longevity are practiced technically for variety of personal reasons. Some of the T'ai chi forms are practiced as slow movement. The entire study of t'ai chi ch'uan primarily involves three aspects:

Comparison between Aikido and Tai Chi: