Difference between Disability and Disorder 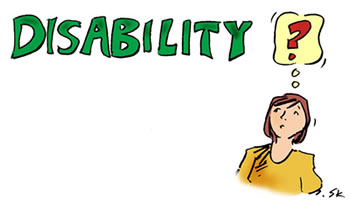 It is observed that people suffering from disability cannot go back to being as they were before, which is why disabled persons in various countries are eligible to receive special grants and privileges. They’re entitled to receive a waiver in treatments, automatic reservation at a public service venue, dedicated compartments/seats in public transport vehicles, special grants concerning education and employment, etc. A disabled person might not be as competent as an able person, but, he/she is the epitome of a warrior’s spirit. Their stories are truly inspirational and we all must take a lot of heart from them. 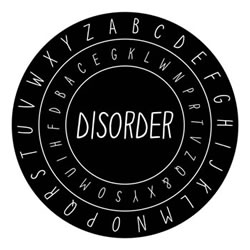 Disorder can be defined as a blip in the usual functioning of a person. Essentially, disorder is any ailment that disturbs the health of a person. Disorders hinder a person’s performance and diminish his/her efficiency. Disorders appear trivial at the onset, but they often grow insidiously in a person. Many times a disorder can’t be detected in time, as a result of which, a simple disorder metamorphoses into a disability. When it comes to disorders, the most popular and commonly associated term is brain disorder. This is because brain disorders are very complex in nature, and quite intriguing to the faculty of psychological studies, because they often demand a remedy that is a departure from normal ways or techniques.

Comparison between Disability and Disorder:

Very informative article, but there are terms such as ''disabled person'' which is not an appropriate term to used because it is not what we call FIRST PEOPLE LANGUAGE.

I am very clear now about disability and disorder. I'm still not clear on when the disorder ( illness ), becomes debilitating disability.