Key Difference: Alcohol abuse is consumption of large amounts of alcohol disregarding the consequences. Alcohol dependency or alcoholism is a medical disease that describes an individual that is addicted to alcohol. 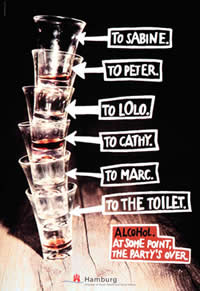 Alcohol abuse is consumption of large amount of alcohol disregarding the consequences. A person that abuses alcohol consumes it frequently and in copious amounts. Each time the person drinks, he/she may consume more that 2 or 3 drinks. According to Center of Disease Control (CDC), daily alcoholic beverages should not exceed more than 1 drink for women and 2 drinks for men.

An alcohol abuser has dangerous drinking habits, which can harm his/her relationships with family, friends, co-workers. It may even cause problems such as missing work, legal problems, DUI, etc. Alcohol abuse can also hinder a person’s judgment and can make a depressed person suicidal. Alcohol abuse is considered as a mental disorder that can be resolved with interventions, therapy and rehab centers. Continuous alcohol abuse leads to alcohol dependency or alcoholism.

Alcohol dependency or alcoholism is a medical disease that describes an individual that is addicted to alcohol either physically or mentally and continues to consume alcohol despite chaos in his/her life due to drinking. The term ‘Alcoholism’ was coined by Swedish physician, Magnus Huss, around 1849. This term replaced the term ‘Dipsomania’ meaning an “intense craving of alcohol.” An alcoholic or a person that is dependent on alcohol craves the drink, even if they don’t want it. They cannot live without drinking and if going long periods of time without alcohol, they become violently ill. 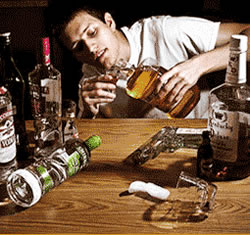 According to the Medical journal DSM-IV, to be an alcoholic a person must exhibit at least three out of the seven following characteristics during a 12 month period:

Alcoholism is considered as diseases and not a lack of will power. Similar to other diseases, alcoholism follows a course that can be predicted. People that have alcoholics in the family are more prone to becoming alcoholics themselves. Each person reacts to alcohol differently based on certain factors such as age, gender, ethnicity, physical condition, amount of food consumed prior to drinking, etc. Alcoholism can be treated by putting the alcoholic through detoxification, medical treatment, therapies, rehabs, counseling and self-help groups.