Difference Between Anxious and Eager

Key Difference: While both the words describe a state of anticipation, the difference is in the usage of both these words. Both convey different emotions and hence the usage of these words in the sentence enable one to understand the emotion and the context in a better way. The key difference is that anxious is typically followed by a preposition and has a negative connotation with reflection to one's fear, nervousness about something that is to 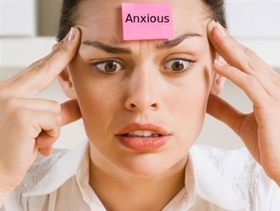 Anxious is an adjective describing a state of high nervousness or worry. It is typically used when one is anxious about uncertain future events, or present circumstances which cause discomfort. The word anxious originated in early 17th century from Latin anxius (from angere which to choke) plus ous. Eager is also an adjective describing the state to strongly want to do something or to have something. The word eager originated from Middle English (also in the sense as pungent, sour); from Old French aigre meaning keen, from Latin acer, acr- sharp, pungent.

Anxious is defined as:

While Eager is defined as:

Thus, by the definitions the difference between their meanings is that eager refers to keen interest and enthusiasm whereas anxious or anxiety is charaterised by unease or nervousness.

It is a general belief that anxious and eager words can be interchangeably used as both are adjectives and both deal with expectations for the future, which is incorrect as both the term differ in the usage and thereby the situation reflecting either negative or positive attribute. For example

To easily understand the difference in the usage between anxious and eager, just remember eager is used for a positive situation, interest or keen for something as used in the first sentence. Anxious is used with negative connotation denoting nervousness or fear in the situation as seen in the second sentence. 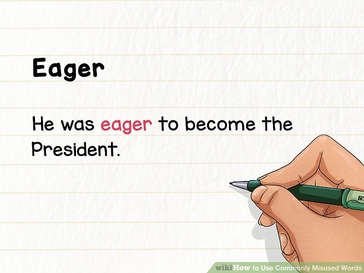 Anxious is best suited to use when worry and anticipation both are meant together, while eager is much better choice when no sense of uneasiness is attached to the situation. An anxious person will have a bleak outlook and eager person will have a positive outlook with interest or eagerness on the same situation. Both words are synonyms of each other but as we know there is a slight difference in each synonym as per the usage of the words. So, another way to distinguish each words is that anxious is generally followed by a preposition, while eager is followed by the to of an infinitive. So, this means that anxious is being worried, scared or nervous about something, whereas eager is being excited about to do something or to be something. For example: The kids are eager to shift in the house, but the parents are anxious about the price. In this sentence the first says that the children are enthusiast perhaps even impatient to move in the house but the parents are worried whether they will be able to afford it.

Comparison between Anxious and Eager: