Difference between Archaeologist and Anthropologist 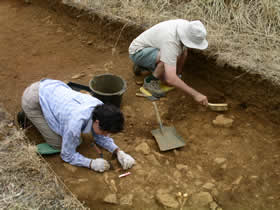 A true scientist lives up to the etymological meaning of his title ‘one who knows’. Anything scientific is based on observational facts that can be recorded, tested, checked, and verified. Then they started dealing with human knowledge. Who are some of the more important explorers of knowledge; and by what terms are they known?

An archaeologist deals with the field work that might consist of digging and restoring artifacts, or human-made objects, from ancient ruins. They analyze skeletal remains and artifacts, such as tools, pottery, cave paintings, and ruins of buildings. It is considered to be a subfield of anthropology. The term is derived from the Greek word archaiologia, where archaiologia means ‘ancient’ and logos means ‘science and ‘study’. The science is archaeology from which they deal with the study of ancient times. It provides an insight of the ancient times by analyzing the remained materials belonging to that time. It aims to preserve the history for present and future learning. Pre-history is known by the artifacts of the pre-historic people which they left behind. The best example is Harappa, which is an archaeological site in Punjab, India. 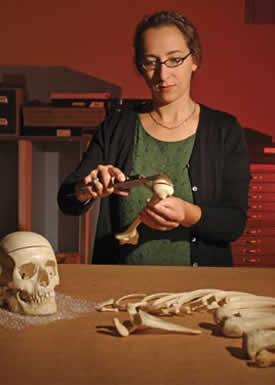 An anthropologist deals with the field of all mankind, how they developed in mind and body from primitive cultures and early forms. Anthropologist is constructed from roots that everyone is familiar with, i.e., the term is derived from the Greek word anthrōpos, where anthros means ‘mankind’, and logos means ‘science’ and ‘study’. Anthropology is a science that deals with the study of humanity focusing on the culture, behavior and biology, and the effect of changing time on them. They describe and analyse the evolutionary history related to them. Apart from this, it considers various attributes, like how people behave, how they adapt to various environments, how people communicate and socialize with each other, etc. In a nutshell, anthropologist deals with humanity in its total varied forms.

Archaeologist and anthropologists have similar things to do. The duties which they both follow are:

Comparison between Archaeologist and Anthropologist: