Key Difference:  Black market deals with the banned, counterfeit or stolen items which are sold in the market illegally. Grey market usually deals with the genuine goods that are sold and bought through the unauthorized channel of distribution. 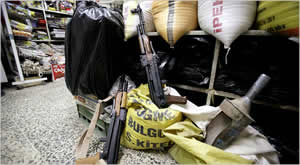 It deals with the trade of stolen items, lawfully banned or counterfeit items. Therefore, these goods or services are also traded in an illegal manner. For example, weapons and drugs are two most commonly traded black market items.  Black market is closely related to brand abuse. 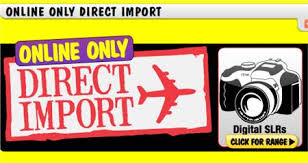 Grey market lies somewhere between the black and white markets. It generally deals with the genuine commodities. However, they lack the proper authorization or controlling factors.

A simple example of a grey market is the one which is developed by people who trade in goods at lower rates than the official rates.  The goods of grey market are not like counterfeit goods of black market. It typically involves those services which are not registered legally in order to save taxes from the government. Thus, most often the distribution channel used is unauthorized or unofficial in the grey market.

For example – an unauthorized dealer, who owns a store of a brand of watch, would be considered as a part of grey market. On the other hand, if the same person sells fake watches under the same brand name, then that would be included in a black market.

Therefore, the two markets are different from each other. However, due to involvement of illegal activities, both tend to overlap each other many times. It is important to mention that black market is totally illegal. However, a grey market good may only be considered illegal if it violates either product regulation or a licensing number for the use of trademark in a particular country, even if the product is being sourced by the legal manufacturer. This scenario often arises in overseas markets.

Black market brings a lot of disadvantages. The fake products can bring a lot of dangers with them. For example, a fake drug can be extremely harmful for a patient. Illegal products like weapons, etc. can be used in serious crimes. Grey market also brings a loss to competitors. Generally, the products of grey market cannot claim their guarantee. The resale value of the product may also suffer in the case of grey market.