Difference between Wife and Mistress

Key difference: Wife is a man’s partner in marriage. Mistress is a woman who has a continuing extramarital sexual relationship with a man. A wife is a female partner in a continuing marital relationship. She may also be referred to as a spouse. A woman on her wedding day is described as a bride and after the wedding ceremony; she is described as a wife. The male partner is called the groom during the wedding and after the marriage is called her husband. Even after separation, woman is called as wife, only after a legalized divorce the term ceases. On the death of her husband, a wife is referred to as a widow.

A wife is usually known as the better half of her husband. After her marriage, the wife becomes a part of the family. Marriage commits the wife and her husband together for life. They both are legally bound to each other by law and in society. The rights and obligations of a wife related to her husband vary according to different traditions. A wife is basically a woman who makes a house a home. She takes the responsibilities of taking care of her husband, family and children. She has rights and can use them for the benefit of her and her family. She has the right to attend all family matters with her husband. She can make medical decisions fro the husband if required. She also has the right to social security for her and her children, if her husband passes away. A wife will always be there for her husband. She is the caretaker of the family.

It is a title and an honor given to married woman and she enjoys all the rights given to her with her husband and family. 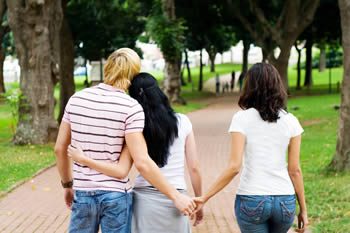 A mistress is a female lover and a companion who is not married to her partner; the term is used especially when her partner is married. The relationship is stable and at least semi-permanent; however, the couple does not live together openly. Also the relationship is usually kept a secret.

According to Wikipedia, in ancient days ‘kept woman’ was the term denoted to a mistress who was maintained in a comfortable or even lavish lifestyle by a wealthy man so that she will be available for his sexual pleasure. It meant, a man ‘kept’ a mistress. As the term implies, he was responsible for her debts and provided for her in the same way he did his wife, although not legally bound to do so. The mistress would not have any responsibilities towards the man. The relationship was kept a secret, so the mistress was not included in the family matters of the man. She did not have any legal rights. In more recent times, it was more likely that the mistress would have a job of her own and was financially independent of the man. A mistress is not a prostitute. The principle difference is a mistress has intimate relations with few men and there is no exchange of money for it. The relationship between a man and his mistress was considered quite emotional and possibly social. A mistress was often considered as the other women in a marriage. Historically, the most-researched mistresses are the royal mistresses of European monarchs: Agnès Sorel, Diane de Poitiers, Barbara Villiers. The keeping of a mistress in Europe was not confined to royalty and nobility but permeated down through the social ranks. Any man who could afford a mistress could have one, regardless of social position.

In 20th century, as women became better educated and were able to support themselves, less and less women found satisfaction in being mistresses.

Comparison between Wife and Mistress: