Difference between Cover Letter and Letter of Interest 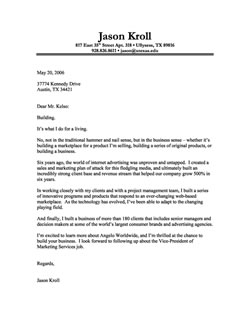 Cover letters and letter of interests are two types of letters that are drafted that are good additions to the résumé. However, these two terms are often confusing for people that are just stepping into the corporate world and trying to comply with its demands. A letter of interest can also be sent as a cover letter, making it a type of cover letter. So what are the actual differences? Let’s look at them separately.

A cover letter, also known as covering letter or a motivation letter is a letter of introduction that is commonly attached to the CV or résumé. The cover letter usually summarizes or explains the CV. It is best to list the person’s strong suits on the covering letter, forcing the employer to take time to see the CV. Many employers do not even look at the résumé if the cover letter is not up to standards, so it is important that the cover letter is clear, concise and to the point. It should only reveal what you think the employer would like to see. It should also mention the reason you are interested in the job and the reason for applying. Cover letters are typically divided into three categories: application letter, prospecting letter and networking letter. The application letter responds to the job opening, the prospecting letter inquires about possible openings that may be available in the company and the networking letter requests assistance in job searching.

A letter of interest is a letter that is sent to inquire about possible position openings in a company that the applicant may wish to work with. It is also known as a letter of inquiry. The letter of interest is often more self focused, it tries to sell the person as a beneficial asset to the company as well as asking if they are any openings that may be available at the company. It is a way to make an impression in the mind of the employer, so that in case a position does open up at the company, they would automatically think of the applicant. The letter must convey the desire of the candidate to work with a selected company, even if no job has been posted. Also, a person should be applying to a field that they may be related to. For example: An Engineer should not send Letter of Interest to a marketing company. A letter of interest is more beneficial if it is submitted with the candidate’s résumé, so that the company can have the résumé on file in case of an opening.

Cover letters and letters of interest are often letters that are attached to a résumé. Cover letters are sent when a person is interested in a position that has been posted by a company. It tells of the skills and experience that the applicant has in relation with the position. A letter of interest inquires if they are any openings at the company. It gives the overall skills of the applicant in relation with the company or the field. Cover letters show and interest in working at a particular position, while letter of interest shows interest in working with a particular company. They often help the person and are great additions to the résumé.