Difference between Deodorant and Perfume

Key Difference: Deodorant refers to the substance that is used to remove or conceal body odor. Deodorants can be produced by using antimicrobials such as triclosan or metal chelant compounds. On the other hand, perfume is a mixture of fragrant essential oils/aroma compounds, and solvents. It is mainly used for producing a desirable scent.

We all want to look beautiful and smell pleasant. Thus, deodorants and perfumes are integral parts of the cosmetic industry. People enjoy choosing from a variety of both. Many times we have bought these items and not really thought about the actual differences between them. This article will explain the differences between these two popular terms- deodorant and perfume. 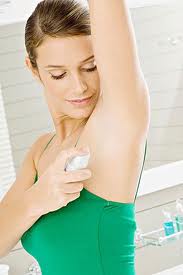 Deodorants are known for masking or reducing body odour. These odors are generated due to perspiration. The sweat generated in the perspiration is actually odorless. It combines with bacteria and then creates awful body odor.

Deodorants do not stop perspiration but they reduce the perspiration odor. They achieve this target by neutralizing the body odor. In short, a deodorant is a product used to mask, suppress or neutralize odors. Deodorants are generally alcohol based. They can also be produced by using antimicrobials such as triclosan or metal chelant compounds. They also tend to have perfume fragrances or essential oils added to them. A deodorant can be compared to an antiperspirant to a certain extent.

Perfume is a mixture of fragrant essential oils/aroma compounds, and solvents. The word perfume has been derived from the Latin words, "per" meaning 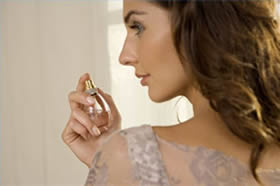 "through" and "fumum,” meaning smoke.  The ancient perfumes were made by a mixture of natural oils. These oils were extracted by plants after pressing and steaming the plants. Later, the oil was burnt in order to scent the air. They really gained a lot of popularity during the early 16th century, after the crusaders returned from the Middle East claiming to have acquired the secret of developing fragrance from Europe.