Difference between Equator and Poles 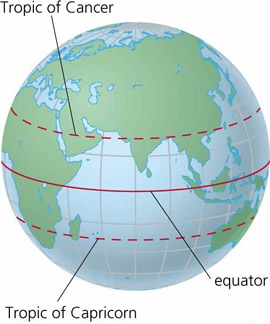 The equator is the point from where the latitude is calculated. In other words, it is the 0° latitude line. It is the imaginary circle that draws a line between the Northern hemisphere and Southern hemisphere. The term equator is derived from the Latin phrase, 'circulus aequator diei et noctis', meaning ‘circle equalizing day and night’. It is one of the main imaginary circles on latitude, which actually is based on the relationship between the Earth’s axis of rotation. In simple terms, equator is the imaginary circle, which cuts the spherical Earth exactly in the middle, i.e. in two halves. The Earth's axis along the equator at one revolution per sidereal day is 0.0339 m/s².

The line is drawn between the continents of South America and Africa, and crosses the number of islands, and runs through 14 countries. 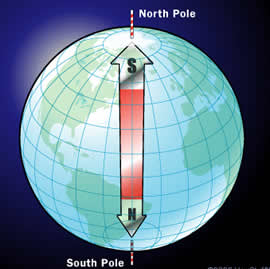 A pole consists of two points: North Pole and South Pole. It is the main point where the axis of rotation gets together to the surface of the planet. Lines of longitude all run from pole to pole, and they are all roughly the same length but not parallel, as they converge towards the poles. The North Pole lies 90° on the north of the equator and the South Pole lies 90° on the south of the equator.

Comparison between Equator and Poles:

What is exactly the temperature in the equator and poles

Indeed nice the way you teach is excellent. Thank you so much for such useful knowledge.