Key Difference: Fairy tales are stories that do not always include fairies. Fairy tales have been divided into two different categories, one are the Disney’s fairy tales and the second Grimm’s Fairy Tales. Folk tales are tales that have no particular origin or author and these tales have been passed down orally in cultures and tradition before they were eventually written down.

Fairy tales and folk tales have been a part of almost everyone’s childhood. Everyone in today’s generation is familiar with Disney’s Little Mermaid, Snow White, Cinderella, etc. All of these are actually fairy tales. However, fairy tales and folk tales differ from each other, even if it has become hard to distinguish one from the other. Stories of mermaids and Sirens are actually fairy tales which are imaginary. See the difference between Mermaids and Sirens). Many stories today incorporate either one or both in order to make their stories enchanting and appealing to the readers. 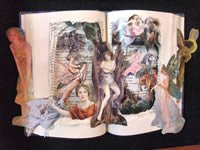 Fairy tales are stories that do not always include fairies. Fairy tales have been divided into two different categories, one Disney’s fairy tales and the second Grimm’s Fairy Tales. According to Disney’s adaptations for little children, fairy tales commonly includes a prince, a damsel in distress, magic, talking (includes singing) animals, an evil step-mother or witch and a happy ending. A mixture of all this is the recipe for a Disney fairy tale. The stories are purely for entertaining children and do not have any other motives. These stories commonly have a good prevails over bad theory, where good is always victorious.

Also see: The difference between myths and folk tales

Now, Grimm’s fairy tales or the original fairy tales, some of which were folk talks were did not have magic and were not always so happy. These tales were designed to caution the reader or the listener. They ended gruesomely to show the reader not be misleading and to always learn to listen. These stories showed that the main character usually suffered the fate that they were supposed to. For example, In the Little Red Riding Hood, when Red does not listen to her mother and stops in the woods, she gets eaten. That is it, the end of the story. In the Little Mermaid, Ariel never gets the prince; she dies waiting for him. These stories would provide a heeding to children, to always listen to you adults, not to talk to strangers, etc.

Folk tales are tales that have no particular origin or author and these tales have been passed down orally in cultures and tradition before they were eventually written down. These are commonly known as campfire stories, where people would sit around a fire and tell tales about people that may or may not have existed. These tales are a part of every culture that has been passed down from generation to generation. Though these tales were originally about real people, the generation of oral communication tends to add exaggeration to the stories. Folk tales may also include talking animals, magical creatures, royalty or anything in order to entertain the listener.

Also see: Harry Potter Vs. Lord of the Rings 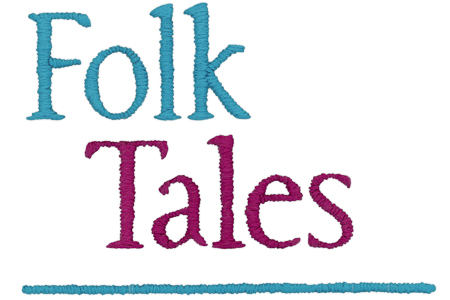 Folk tales are also cautionary tales in order to warn children about the consequences of certain actions. It tells them that the outcome of the person depends on the attitude the person has. It empowers the person, telling them they control their fate. The stories would revolve around the main character, who suffers various predicaments until they learn to make things right. However, the ending is not always happy-go-lucky. In certain stories, the ending is sad or may result in the main character dying. For example, the story of a King who was so greedy that sought to acquire Gold. He gets a wish fulfilled that everything he touches would turn into gold, however, in the end, his beloved daughter touches him and even she turns into gold. Yup, King Midas or the Golden touch is a myth (a type of folklore) that is used to teach the children the awfulness of being greedy. Merriam Webster defines ‘folktale’ as: a characteristically anonymous, timeless, and placeless tale circulated orally among a people