Difference between Fault and Failure

Key Difference: Fault is most commonly used in terms of a mistake or an error done by a person. Failure is the condition when a person cannot meet a desired objective or a goal. Failures are most commonly used as opposite to successes.

The terms ‘fault’ and ‘failure’ are a huge part of people’s dictionary in today’s world. In society, a person’s behavior defined by a set of norms and anything that deviates from that set of norms is defined as abnormal or unnatural. A person who may choose to live according to according to these norms is considered as a success, while another person who wishes to live according to his own rules may be considered as a failure. These two words though may seem similar have distinct differences. 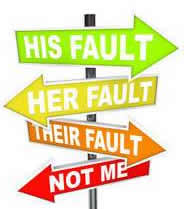 ‘Fault’ is defined by Merriam Webster as a, “weakness, failing; a physical or intellectual imperfection or impairment; misdemeanor; mistake.”  Fault is most commonly used in terms of a mistake or an error done by a person. As it is in today’s society, if something is not done right, then it must be someone’s fault. It can also be considered as a shortcoming or a defect of a person, an intellectual imperfection if you must. A person who cannot hear properly or see properly is considered to have a faulty ear or eye. Such impairments are often considered as defects these days, while fault is more commonly used to denote a person’s behavior, judgment or wrongdoing. Ex: It was Matt’s fault the vase broke. 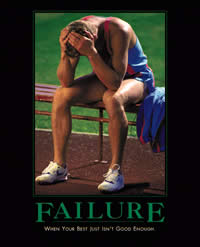 On the other hand, ‘failure’ is defined as, “Omission of occurrence or performance; specifically: a failing to perform a duty or expected action.” It is the condition when a person cannot meet a desired objective or a goal, such as a person who wants to become a doctor is unable to do so due to certain circumstances. Failures are most commonly used as opposite to successes. These days failures are defined by society norms, and the meaning of these words mean different things to different people. While for someone being successful may mean making a lot of money, to others it may just mean to live a long, happy life.

Actress Katherine Hepburn once said, “We are taught you must blame your father, your sisters, your brothers, the school, the teachers - but never blame yourself. It's never your fault. But it's always your fault, because if you wanted to change you're the one who has got to change.” It is true; all our lives if something goes wrong we are quick to raise our fingers at other, but if something goes right we never choose to credit those who helped. It is always best to learn from our faults and failures and push ourselves to do better. Failures are more unpredictable compared to faults, as failures can happen even when a person may not be at fault. Failures can also be credited to circumstances, which play its part in making a person a success or a failure.