Difference between Folk and Classical Dance

Key difference: Folk dancing is a simple dance form meant for group performance based on a reason like harvest of food, whereas classical dance is a form of enlightenment.

Dance is a type of art that involves movement of the body, rhythm and music. It is performed in many cultures as a form of emotional expression, social interaction, or exercise, in a spiritual or performance setting, and is sometimes used to express ideas or tell a story. Folk and Classical Dance are two examples of this form of expression. We understand the difference between the two. 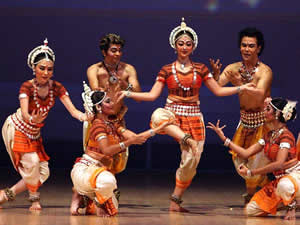 The FreeDictionary defines 'classical dance' as "a classical dance form characterized by grace and precision of movement and by elaborate formal gestures, steps, and poses," such as ballet. However, the term often commonly refers to the traditional Indian dances, including Kathak and Bharata Natyam.

According to Wikipedia, in India, classical dance is a new umbrella term used to summarize the various art forms rooted together in Natya and the sacred Hindu musical theatre dance styles whose theory can be traced back to the Natya Shastra of Bharata Muni.

Classical Dances were performed inside the temple according to the rituals, which were called as Agama Nartanam. This dance form is classified as margi or the soul liberating dance. Dances were also performed in the royal courts to compliment the classical music being played in the honor of the king. This dance form was referred to as Carnatakam and it was considered as an intellectual art form.

The Natya Shastra which was authored by Bharata Muni, he mentions the names of classical dance forms which are not recognizable today, but in the book under the name of four Pravrittis, they are listed as: Dakshinatya, Audramagadhi, Avanti, and Panchali. All these traditional dance forms were not appreciated during the British colonial rule. It was in the middle of the 20th century, that these dance forms started gaining popularity.

The art of Natya includes nritta or dance proper, it has never been only limited to dancing and does include singing and abhinaya. These features are common in all the Indian classical dance styles. In the margi form, Nritta is composed of karanas, while the desi nritta mainly consists of adavus.

The term "Shastriya" means ‘classical’ in Sanskrit. It was introduced by Sangeet Natak Akademi to denote the Natya Shastra, which is based on performing art styles. A very important feature of these classical dances is the use of the ‘mudra’ or hand gestures by the artists as a shorthand sign language used to narrate a story and demonstrate certain concepts such as objects, weather, nature and emotions. Many classical dances include facial expressions as an integral part of the dance form. 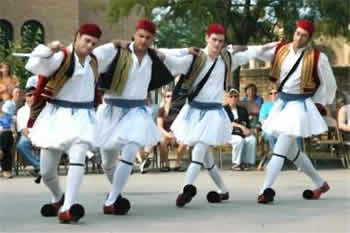 People define folk dancing as dancing for which there is no governing of body. The term ‘folk dance’ is sometimes applied to dances of historical importance in European culture and history. They originated before the 20th century. For other cultures the terms ‘ethnic dance’ or ‘traditional dance’ are used sometimes, although the latter terms include the ceremonial dances.

According to Wikipedia, The folk dance describes dances that share few of the following attributes:

The terms "ethnic" and "traditional" are used when it is required to emphasize the cultural roots of the dance. In the sense, all folk dances are considered as ethnic ones. Not all ethnic dances are folk dances, for example ritual dances or dances of ritual origin are not considered to be folk dances. Ritual dances are usually called as ‘Religious dances’ because of their purpose.

Folk dance is generally considered as ‘street dance’ or ‘vernacular dance’. It does not evolve spontaneously. These dances were bound by tradition and originated in the time when there existed a difference between the dances of the ‘common people’ and the ‘high society’ dances of the rich people.

Comparison between Folk and Classical Dance: