Difference between Hair and Fur

Key difference: Hair and Fur is basically the same thing. Hair is used in the context of humans, while fur is used to refer to animals. 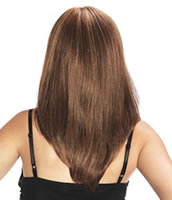 Many believe that the difference between hair and fur is that fur is short, while hair grows long. The truth is that this depends on the genetics on the species and sometimes even on the individuals. Some animals have varying lengths of fur, because that is what is required of them for survival, for example the mane on a lion, which protects it from harm. Also, some humans can grow long hair, while others cannot. Some are hairy in nature, while some have very sparse hair. Also, some animals without fur are referred to as hairless, i.e. hairless cats. Some animals with very coarse or sparse fur, as in the case of a pig or elephant, are referred to as having hair.

A difference between human and animal hair is the core of the hair follicle. In animals,  this allows a coating on the hair, which provides insulation from hold, cold and rain. Humans have evolved out of this ability, as it is no longer required for our survival. Also, human hair tends to grow independently, whereas, fur tends to grow in synchronization, in order to allow patterns. Again, this is depended on evolution and survival, for example cheetahs or tigers. Another difference between human hair and fur is that humans have to cut their hair, whereas, fur just falls off after it reaches a certain length.

Fur is greatly prized by humans. Animals are hunted for their fur. The fur is used for hunt trophies, and in clothing, such as coats, shawls, wraps and hats. Most popular fur used in clothing belongs to foxes, rabbits, minks, beavers, etc. According to Humane Society International, over 8 million animals are trapped yearly for fur, while more than 30 million are raised on fur farms. Many animal rights activists have been protesting the trapping and killing of wildlife and the confinement and killing of animals on fur farms. While many have now been made aware of the inhumanity of it, fur clothing still remains popular.