Difference between Alkaline and Lithium Batteries

Key difference: Alkaline batteries are dependent upon the reaction between zinc and manganese dioxide, whereas lithium batteries uses lithium metal or lithium compounds as anodes. 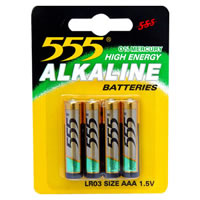 Batteries are a basic house staple. Every household has small or portable devices that require batteries. These may include alarm clocks, remote controllers, toys, flashlights, digital cameras, etc. The batteries used in these kinds of devices can be distributed into two categories: single-use and rechargeable. The single-use batteries, which are also known as primary batteries, have one life cycle and must be replaced when drained. These kinds of batteries include the most commonly used batteries: alkaline and lithium.

Alkaline and lithium batteries differ in the method by which they generate electricity. They both produce electricity through a chemical reaction but use different ingredients.  Alkaline battery is an electrochemical cell which uses a chemical reaction between its anode and cathode. The anode is the negative electrode which is the case of alkaline batteries is made up of zinc powder. The cathode, which is the positive terminal, is made of manganese dioxide. The electrolyte is potassium hydroxide. Alkaline batteries are dependent upon the reaction between zinc and manganese dioxide, whereas lithium batteries uses lithium metal or lithium compounds as anodes. 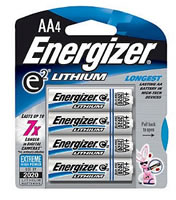 A detailed comparison between Alkaline and Lithium batteries: