Difference between Acne and Rash

Key Difference: Acne is the disorder of the skin that is characterized by presence of pimples, blackheads and whiteheads. Rash can be referred to a temporary eruption or discoloration of the skin. It is generally inflamed or swollen.

Acne and rash, both are related to skin problems and can be really dangerous if turns out to be severe. Many people relate acne and rash. However, acne is a disease and rash is the condition; rashes may also occur due to acne. 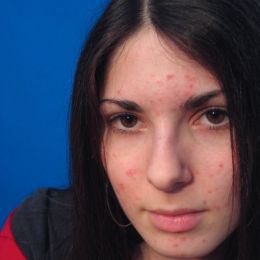 Acne is medically known by the name of 'Acne Vulgaris', it is a skin disease/condition that is found especially during the puberty age. It is believed that a hormone known as Androgen is responsible for the enlargement of the oil gland. These enlarged glands then produce excessive oil. The oil produced by the glands clogs the pores of the skin. The pours become susceptible to bacteria and finally results into plugged pores and lesions called as pimples, whiteheads, blackheads, nodules or cysts. All these lesions are characteristics of acne, they generally appear on the face, but they could also be found on the neck, chest, back, shoulders and arms. The lensions can be described as: -

Blackheads: - these are open plugged oil glands. (The black color us due to the oil’s exposure to air, turning it into black)

Pimples: - can be referred to as red, inflamed and infected plugged oil glands; and also can be sometimes filled with pus.

Cysts and nodules are the most painful and most difficult type of acne, in which deeper layers of the skin are also affected.

One can avoid acne by keeping oil and dirt away from the skin pores. Skin specialists suggest certain soaps and lotions that should or should not be used on an affected skin. ‘Benzoyl Peroxide’ is often suggested for the initial treatment. Some antibiotic medication may also be advised. The best way is to show it to a skin specialist or a dermatologist, who can provide treatment according to the severity of acne.

Rash can be referred to a temporary eruption or discoloration of the skin. It is generally 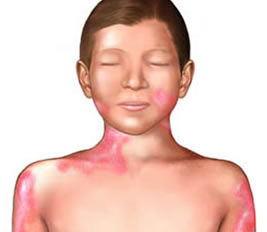 inflamed or swollen. It basically affects the color, appearance or texture of the skin. Rashes have various forms and thus have various levels of severity associated with them. Rashes vary in their appearances, timing and other factors. However, rashes can be described as:-

Mascular: - these are flat and spots generally red in color.

Papular: - these are generally small solid bumps, but they also tend to rise.

Mascular and Popular: - combination of both

Populosquammous: - rashes of these kinds are characterized by papules as well as scaly areas

Vesicular: - in the form of blisters.

Some common causes of rash include: -

However non infectious rashes may be caused due to: -

The diagnosis is based on the answers to questions like when the rash appeared, what is the location and pattern of the rash, how long the rash lasted or since how long it is present, and any exposure to rash producing environment. In addition to these, various tests like blood, patch, wood’s lamp, etc. may be conducted to start the treatment of the rash. Generally mild rashes disappear in few days. However, rashes due to dermatomyositis may last for a longer period.

Few of the preventive measures that can be taken in order to avoid rashes are listed below:-

1. Routine immunization may be helpful.

2. Avoid the allergic items if any. It includes food, medicine, cosmetic etc., anything that is a cause of allergy.

3. For infants, change the diapers as soon as they get wet or soiled.

4. Stay away from poisonous plants like poison ivy, poison oak and poison sumac.

Thus, they both are different to each other. Acne is a disease, whereas rash is a condition. Acne is due to excessive oil in the pores of skin, whereas rashes can occur due to various reasons. Nonprescription remedies are available for both.