Difference between Gay and Bisexual

Key Difference: Gay is a term commonly used to refer to homosexuals. Bisexual is a term used for people who get sexually attracted to both males and females. 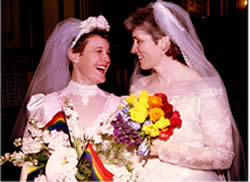 Homosexuality is romantic or sexual attraction or behavior between members of the same sex or gender. It is when a person, whether male or female is attracted to a person of the same sex. Homosexuality, along with bisexuality and heterosexuality, are the three main categories of sexual orientation; asexuality is also included sometimes. People who have the feeling of homosexuality are known as ‘Homosexuals’ or ‘Gays’. Gay as a word was originally used to refer to feelings of ‘carefree’, ‘happy’, or ‘bright and showy’. By the last decade of the 20th century, this term was used for homosexuals. Gay, as a title given to a group of people, doesn’t make it shameful or awkward. In fact, they are privileged to get the title as their identity.

Bisexuals are people who have romantic attraction and sexual attraction or conduct sexual behavior towards both males and females. Bisexuality is one of the three main classifications of sexual orientation. People who have distinct but not unique sexual preferences for one sex also identify themselves as bisexual. Throughout history, bisexuals have been observed in several human and animal societies. However, the term came into existence in the 19th century. Bisexuality is very common in the 21st century and has formed a different group of people.

The differences between gays and bisexuals are as follows: