Key Difference: Green Card refers to an identity card issued to a non-citizen by a country as a stay and work permit for an indefinite period of time. It is generally used in context to U.S. permanent residency status. Passport is issued by the government to its citizens and it acts as an identity and citizenship proof of the person. It is used for travelling abroad. Visa is an endorsement or stamp on a passport allowing the bearer to enter the country who has issued it. 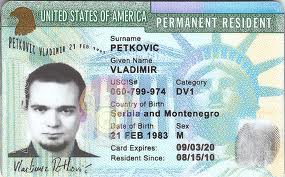 Green Card  is the term used for permission which is granted by the government to the immigrants to live and work in a country. The term Green Card is generally used in context to Permanent Resident of America. It tends to be a complex process to get this card. However, it provides numerous benefits. There are numerous ways to get this card like – sponsorship by an employer, diversity lottery, investment by Alien entrepreneur, etc. 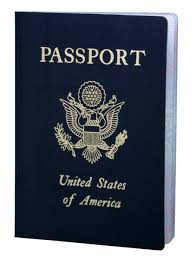 Passport is an official travel document. It is issued by the government of a country to its citizens. It is a proof to certify the holder’s identity and citizenship. It is required when someone wants to cross the border of a country to another.

One must possess it while being entered and leaving the country. It can also be referred to as an official permit to travel abroad. One needs to apply for this document to the concerned official authority. Verification is done in order to check the details submitted by the applicant, and if it fulfills all the criteria set by the government of the concerned country, a person is provided with the passport. 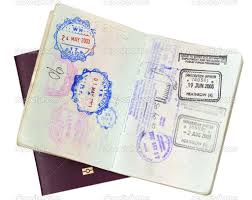 Visa refers to the mark or stamp on the passport, providing the permission to the bearer to travel into or through the country of the issuing authority. It is issued for a specific period of time, after which it lapses and the bearer is not permitted to stay in that particular country. It is marked by the immigration authorities of the country.

The process of getting Visa varies form one country to another. Generally, an applicant needs to submit the form after filling all the mandatory details.  A person may also be asked to present the return tickets as a proof that he will leave the country in due course of time. One must remember that visa does not guarantee entry. One can be refused entry if that person does not obey the appearance and clothing rules of a country and on any other criteria set by the country. Countries like Albania, Kenya, Belgium do not require any visa.

Green Cards and Visa, both allow a non-citizen to stay in a country. However, green cards are generally valid for an indefinite time. However, renewal may be required. On the other hand, visas are reserved only for a temporary stay. Passport and Visa are closely related to each other. Passport is issued by the government of the citizen, whereas Visa stamp is provided by the official authority of the other country in which one wants to travel or stay for some specific period of time. Green Card may also be referred to as a permanent residency visa.