Difference between Hollywood and Bollywood

Key Difference: In addition to being a representative of the American film industry, Hollywood is also a physical place in Los Angeles, California, USA. Hollywood has become popular world-wide, with many of its films being released in almost all countries. Bollywood is an informal term that is used to represent the Hindi-language film industry in India. Bollywood is just a fraction of Indian cinema and is not a physical place, but rather a representative term for popular Hindi films. 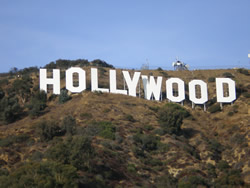 The film industry is not small and includes many different departments such as film production companies, film studios, cinematography, film production, screenwriting, pre-production, post production, film festivals, distribution; and actors, film directors and other film crew personnel. To make a single film, there are many people responsible for many different roles on the set. From lighting, to make up to even clean-up, a lot of people are involved to create a single film. However, the film industry also has the largest turn-over, earning in millions of dollars each year.

In addition to being a representative of the American film industry, Hollywood is also a physical place in Los Angeles, California, USA. It is a highly-populated area, with an average of 22,193 people per square mile. It is considered as the seventh-most densest neighborhood in all of Los Angeles County. Although, it began as a small community, its association with the film industry has boosted its popularity and it currently has many different studios, tourist spots and is located near celebrity homes. It also has the highly acclaimed Walk of Fame that has names of many celebrities etched onto the sidewalk.

The American cinema has been around since the development of motion capture. The world’s first motion picture was exhibited in New York City in 1894. However, Hollywood became the cinema’s capital in the early 1900s, when director D. W. Griffith was sent by the Biograph Company to the west coast to film the movie on a vacant lot. However, the company while scouting nearby areas filmed the movie in a nearby village. Hollywood has become popular world-wide, with many of its films being released in almost all countries. It is also the highest grossing movie industry around the world in terms of revenue. Hollywood is known for its amazing graphics, storyline and animations. Hollywood is also known for incorporating many different styles and languages in its films. However, the majority of the language is usually English. Hollywood also releases musicals, which incorporates songs and dance into the films. 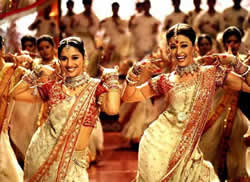 Bollywood is an informal term that is used to represent the Hindi-language film industry in India. Bollywood is just a fraction of Indian cinema, which also incorporates Assamese cinema, Telugu cinema, Marathi cinema, Gujarati cinema, etc. Bollywood is not a physical place, but rather a representative term for popular Hindi films. Although, the Indian cinema has been around since the early 1900s, 1913 to be exact; the term ‘Bollywood’ was coined somewhere in the 1970s from combining Bombay (although, now Mumbai) and Hollywood. The ‘B’ was taken from Bombay, while the rest was taken from the popular American counter part. Although, it seems that Bollywood has been inspired from the Hollywood, it is actually inspired from Tollywood, a term that refers to the cinema of West Bengal. The name ‘Tollywood’ has been inspired the Bengali film industry based in Tollygunge, Calcutta (now, Kolkata) and the American Hollywood.

Bollywood is the largest film producer around the world and is responsible for churning over 1,000 movies each year. It is followed by Nigeria and the US. Bollywood has become popularly known for its music, dance and love stories. Bollywood has still followed this trend that has made it popular and continues to incorporate music and dance in its movies. Although, it receives criticism from many movie goers that sometimes songs and dance take away from the original plot of the movie, other claim it gives a refreshing break allowing the movie goers to recap the plot line and the story, along with enjoying the music and the vivid, bright sceneries that are part of the dance sequence.

Initially, Bollywood movies were also long and would sometimes cross 3 hours; however, this has currently been reduced to 2 to 2 ½ hours. Many producers have also started limiting the number of songs from the usually 7 or 8 to 5-6 proper songs, with the rest used as playback numbers. Bollywood was known for its romantic plot lines, but newer generation of movie producers, directors and writers are coming out with more complicated plot lines and have shifted focus from love to other aspects of the film. However, majority of Bollywood films still continue to incorporate romance or a romantic aspect in the films so as to appeal all types of movie goers. Bollywood is also no longer limited to making movies in just Hindi, and has incorporated the English language as well as prominent English phrases in the movies.

It is quite difficult to properly compare both the cinema industries as they are both different, in terms of how it received its start as well as the audience for which the movies are being made. Both the industries also differ in terms of revenue and film production. Hollywood has gained recognition world wide as a prominent film industry and hence Hollywood films are released in majority of the countries. Bollywood is recently becoming recognized in many other countries and has been gaining recognition as a prominent player. As to whether which one is better, it completely depends on the viewer’s preference.

Who say bollywood movie is dance music and love u dead man it have also action movie, Sci fi, horror, and also have biggest actors in bollywood the actors King in bollywood he is Shahrukh Khan bigger than your Johnny depp, Tom Cruise and even have 3 more movie company tollywood, kollywood, mollywood this is south Indian company is is also big our last big movie is bahubali 2 it's box office is 1700 RS IN dollar 1700billion money it our country release film but your Hollywood is release movie worldwide think about that your your move have adults 18+ but our actor actress r good they help loat of poor people and they also like and respect their fan and Hollywood why u have adult so many growing kids around the world can u stop it

To be honest I like Hollywood more cuz there is a numerous variety of storyline unlike Bolly wood that is most of the time have a romance in the story.Also Hollywood beats Bollywood on thriller and science fiction.And also nothing beats Pirates of carribbean series.

Its special, not especial. Up se ho kya?

Bollywood produces more than double films than Hollywood, then how it becomes a copycat.

hollywood and the european cinema is the best; bollywood is only a bad copy of hollywood. bollywood the stories are cheesy`s predictable censorship dominates in the India cinema, hollywood has the best actors those who are british

Bollywood is copycat of hollywood and nothin else

One more it is totally having hot actors and actresses