Difference between Hypothesis and Theory

Key Difference: A Hypothesis is a tentative statement which provides explanations regarding a phenomenon or event. It is widely used as a base for conducting tests and the results of the tests determine the acceptance or rejection of the hypothesis. A Theory is the scientific explanation of an observed activity or a phenomenon. It explains the observations or events that are based upon any proven hypothesis. Therefore, hypothesis forms the base for a theory. 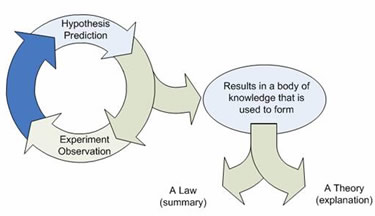 A Hypothesis is an uncertain explanation regarding a phenomenon or event. It is widely used as a base for conducting tests and the results of the tests determine the acceptance or rejection of the hypothesis. A tentative statement takes a form like - “If X happens then Y must happen”. Hypothesis can be tested by various methods, including the direct experimentation or using certain observation skills. It is important to mention that theories, laws and facts can start from being just a hypothesis at the initial phase.

It can always be tested by experimentation after the formulation. It is generated by gathering possible evidence. Later, the investigation is carried out to test the hypothesis. It is either accepted or assumed.

A Theory is basically a system comprising of ideas through which explanations are made. A theory is based on the hypothesis. If the hypothesis is able to survive and pass all critical tests then it is eligible to be mentioned as a theory. A theory is always supported by evidence. Therefore, it is regarded to be a well confirmed type of explanation. A theory may also be used for predicting any of the future observations. One of the famous theories is Darwin’s Revolutionary Theory. Darwin derived and used the information from various fields and subjects to establish this theory.

Comparison between Hypothesis and Prediction: