Difference between Invention and Innovation

Key Difference: Invention is the action of creating a totally new entity that can be a device, machine, process, etc, whereas innovation is to make changes in the existing thing in order to make it better.

World is filled with creativity and the creativity leads to various inventions and innovations. Human beings have always been an evolving species and thus, always like to move forward with time. And as the time changes, the need of new things and some variations in existing things are required. Thus, in this context, the two important terms are invention and innovation. There is a subtle difference between these two and thus, it is very important to become familiar with the definitions of each before learning about the differences between them. 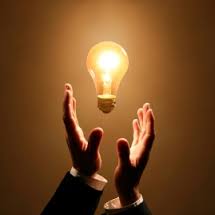 Oxford Dictionary defines invention as ‘the action of inventing something, typically a process or device’. Thus, invention is related to inventing; when we refer to inventing we refer to creation of a new process, machine, device, article or anything else. We often hear that ‘necessity is the mother of invention’, it simply refers that the new things are invented after the need of these things is felt. Invention in particular, deals with the entities that had not existed before. For example, Thomas Alva Edison invented the light bulb. Before the invention of bulb there were very bright arc lights which people did not want to use inside the houses. A person who makes the invention is known as inventor.  An idea turns out to be an invention only after it is proved that the invention is workable and new. Inventions start from scratch with no similar existing thing.

Oxford Dictionary defines innovation as ‘the action or process of innovating’. The innovation is all about taking an existing entity 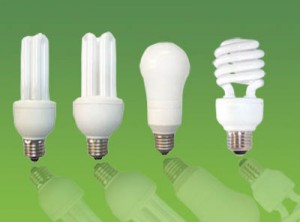 and than adding some enhancements or changing it by some or the other method, in order to make it better than the original form. The important question behind the need for innovation is that why a change is required in something that already exists. The change may be required due to many reasons like, economic feasibility, specific application, better appearance, etc.

The relation between an invention and innovation can be explained by using an example. A person makes a new kind of fabric; this fabric is totally different from the existing fabric and thus is considered an invention. Now, the fabric is beautiful but the costing of the fabric is very high. Due to the high cost, the fabric is not being sold. Now, in order to reduce the price the inventor comes up with an idea so that the fabric can be manufactured at lower prices and thus could be sold at lower prices. The fabric goes through the innovation process and after that the innovated fabric is ready to be accepted by the customers. The innovations can be of any type and can be done to serve any useful purpose.

The differences can be summed as:- The invention creates a new entity, whereas innovation deals with the enhancements that are done in already existing things. However,  they both are essential for each other. An invented thing, if is not useful then it needs to go for some innovative changes. Same with the innovation, as innovation cannot be done on things which had not been invented.