Difference between Lime and Lemon

Key difference: The difference between a lemon and a lime is that limes are usually smaller and sweeter than lemons. Also, lemons contain more citric acid and fewer carbohydrates than limes. Both limes and lemons are citrus fruits.

Lime and lemon are examples of citrus fruits. Citrus fruits are juicy, tangy in flavor, and covered by a tough skin. They grow on trees, and they are rich in vitamin C. The ascorbic acid present in the fruits is very important for human body. Because of their tangy flavor, they are generally used as a garnish in many different dishes. 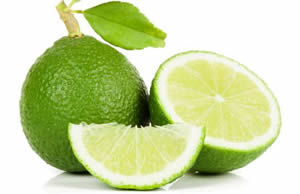 Lime is a citrus fruit, which is green in color. It is sour in taste. It is considered as a great source for Vitamin C. It is used for giving flavor to different foods and beverages. Lime is found all around the year. The diameter of this round fruit is 3-6 cm, while color varies from yellow to green.

Limes are commercially grown in southern Iraq. Limes are widely consumed because of their different uses. Since 19th centaury, limes are consumed to prevent scurvy. Lime extracts and its essential oils are frequently used in perfumes, cleaning products and aromatherapy. In cooking, lime is valued both for the acidity of its juice and the floral aroma of its zest. It is used as an ingredient in desserts, pickles, salad and cocktails. It is also used as an herb in some dishes.

Limes are scientifically known as ‘Citrus aurantifolia’. There are two general varieties of sour limes available, the Tahitian and the Key. Tahitian limes are egg-shaped, seedless and smaller in shape. Key limes, famous for the pie bearing their name, are smaller and more acidic than the Tahitian variety. 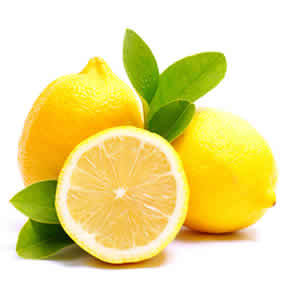 Lemon is an evergreen tree, which has yellow fruits. Not just the fruits, but juice, pulp and peel of the fruit are also used as food. Lemon Juice has more than 5% citric acid, which is responsible for the sour taste of lemon.

The leaves of the lemon tree are used to make tea, preparing cooked meats and seafood. Lemons are the primary source of citric acid in a fermentation process. It is also used as a cleaning agent. It has its medicinal properties, such as lemon oil is used in aromatherapy. It is also used to reduce bloating and the high amount of critic acid in it prevents sore throat. It is used in science experiments; by attaching electrodes to a lemon it produces enough electricity to power a digital wrist watch.

Lemons are scientifically known as ‘Citrus limon’. The two main types of sour lemons are the Eureka and the Lisbon. The Eureka has a texturized skin, a short neck and a few seeds, whereas the Lisbon has smoother skin, no neck and is generally seedless.

Comparison between Lime and Lemon:

lemons are acidic but turn alkiline in your body

I heard that lemons are alkaline and not acidic

Nice information on the uses of lime and lemon juice. i love that lessons