Difference between LOC and LAC

Key Difference: LOC stands for Line of Control. It defines the boundary separating parts of Kashmir controlled by India and Pakistan. LAC stands for Line of Actual Control. It is also a boundary between India and China. LOC is a demarcated border marked by the militaries. On the other hand, LAC is not demarcated and consists of a vast empty space. 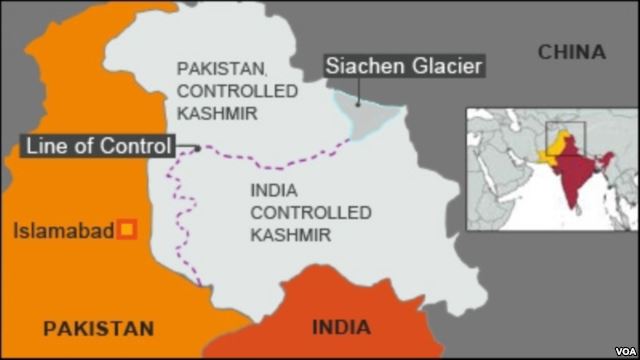 LOC or Line of Control denotes a kind of boundary separating parts of Kashmir controlled by India and Pakistan. LOC is nearly 435 miles or 700 km long. The part controlled by India is known as Jammu and Kashmir. It is a state which constitutes the southern and eastern parts of the region. It basically covers about 45 percent of Kashmir.

India and Pakistan gained Independence from Britain in 1947, and Kashmir became a part of India. Later in 1949, a mutual agreed ceasefire line was drawn in order to resolve the dispute of India and Pakistan over Kashmir. In 1972, after the Simla Agreement, the two ends agreed for Line of Control. But still, this issue remains a sensitive one and many times have been an issue of war between India and Pakistan. 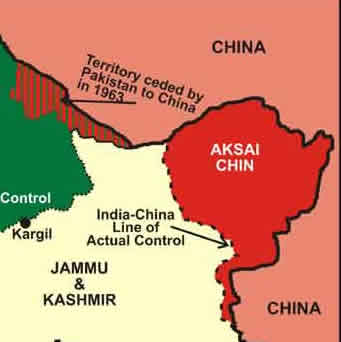 Line of Actual Control is the effective military border which separates Indian controlled areas of Jammu and Kashmir from Aksai Chin. It is the effective border between People’s Republic of china and India. It is nearly 4,057 km long. It touches  Jammu and Kashmir, Uttarakhand, Himanchal and Sikkim of Indian states. This border is not a legally recognized international boundary, but rather it is the practical boundary.

Indians consider Johnson Line of 1865 as the boundary, whereas PRC government claims Macartney-MacDonald Line of 1899 as the accepted boundary. This term LAC got legally recognized during Sino-Indian agreements which were signed in 1993 and 1996. LAC has been a sensitive issue just like LOC. In 1962, a brief war had killed more than 2000 people. This war has resulted from the Himalayan border dispute.

Apart from the geographical differences, LOC is a clearly demarcated line and a lot of activity takes place in this region, which involves firings, face to face confrontation, etc. On the other hand, LAC is not clearly demarcated and nearly 50 to 100 km distance is maintained between the two armies.

Comparison between LOC and LAC: