Key difference: Mac OS X can only be run on a computer designed and sold by Apple; however, Windows can be bought and run on any computer, even Apple computers.

Mac OS X and Microsoft Windows are two most popular operating systems for computers today. OS X is exclusively for Apple computers, which are commonly called Macs, while Windows is basically for any personal computer from any company. Hence, OS X, a UNIX-based operating system, can only be run on a computer designed and sold by Apple; however, Windows can be bought and run on any computer, even Apple computers.

There are a number of differences between the operating systems, which makes one more popular than the other to some specific groups of people. The biggest difference between OS X and Windows is the price. OS X is often pricier than Windows, as Apple is considered a brand. Apple also tends to utilize higher end products, such as internal components, screen, keyboard, etc. in order to maintain its brand status. Computers running Windows, on the other hand, tend to be cheaper, as there are thousands of different computers running Windows. Hence, they have to be competitively priced, to stand out against the others.

Still, Macs are also now being competitively priced in an attempt to increase their market share, as Windows has a stranglehold on approximately 90% of the personal computer market share. This is mainly due to the fact that computers with Windows tend to be cheaper, and have more variety, e.g. Toshiba, Dell, HP, etc. They are also more prone to customization, as one can pick any computer with any components, as suitable to one’s needs and run Windows on it. One can also make or assemble their own personal computer, and run Windows as their operating system.

Also, as Windows is more widely available with 90% of the people using it, there are also a number of applications suited to Windows. This is mainly because the creators and programmers want their programs and applications to be adopted by as many people as possible (90% of the market is more attractive than just 10%). This also applies to games. Most of the games available on the market are designed for Windows. Only later, are they tweaked, adapted, and ported for OS X, if ever at all.

However, this also applies to viruses and malware. There are more viruses and malware designed and targeted at Windows users as opposed to OS X. This is mainly because there are so many Windows users, that the rate of users accidentally loading viruses is much higher in Windows. Due to the lower user market for OS X, it just isn’t worth it for many hackers and programmers to study the OS X work up and design a virus targeting it.

Furthermore, computers with Windows come loaded with junk applications that keep popping up onscreen with reminders that the six month trial is about to run out; some of these apps are increasingly difficult to uninstall.

The Kernel that the two operating systems run on is also different. Kernel represents the file systems and the way the operating system is designed. Due to this, Windows are more preferred by programmers, or tech savvy people as it allows more tweaks and adaptations suited to the programmers’ or users’ needs. One can make changes to system-wide settings, including but not limited to the registry, add/remove programs, the hardware manager, the services manager, network connections, control panel, etc.

However, due to this, many average everyday users find Windows PC to be more complicated than Macs. Macs are considered a more "set it and forget it" machines, i.e. one doesn’t have to make a lot of changes to settings or applications, once the computer is up and running. Macs are considered to be easier to use which is why many call a Mac the computer for lazy people. This is mainly due to the fact that Macs come already loaded with a number or applications that are designed by Apple or Apple affiliates and are optimized for usage by that Mac. Most settings on the Mac can be changed in the control panel with a few exceptions. Windows, on the other hand, runs a number of third party applications, whose settings have to be tweaked in order to get optimized behavior.

Also due to this, Macs are less prone to crashes and are considered more reliable. This also makes it pretty easy to figure out what's going wrong with a Mac. Macs have three applications that are all in the same place and help you figure out what could be the problem. These are the Activity Monitor (a more powerful version of Windows Task Manager), Console (which shows all system logs in one place), and Disk Utility (which helps one identify disk integrity issues). 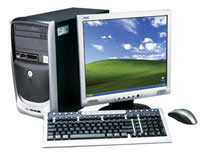 In case something does go wrong with the computer and one cannot figure out what, one can always take the computer to the service center. Here Apple has an advantage, as no matter what the problem is (hardware or software), the user only has to contact and deal with Apple service center. However, in a Windows computer, if it is a software problem, one would have to contact Microsoft; if it is a hardware problem, one has to contact the company who made the software, which could be one, or many, depending on the computer’s components.

Apple’s front-end customer service is considered to be good, but the company may come of as smug and arrogant, often dragging out the repairing period and claiming that the problem is not covered in the warranty.

In addition to the previous differences, the booting time for Macs in much less than Windows; Mac OS X starts up from a cold boot in about 25 seconds, whereas Windows can take up to minutes. Mac also has near-instant suspend and resume, which allows the computer to start from where it was left of in the previous session. The advantage of this is that one does not need to reboot the computer for every session like in Windows; a process that takes minutes. This is the reason that Windows takes so long to startup after shutdown.

Moreover, many users today grew up with Windows operating system, which is why many find OS X interface counterintuitive to them, as it is very different than Windows. Many have a hard time transition to OS X, as they first have to unlearn habits learned on Windows, and then relearn them on OS X, such as keyboard shortcuts, folder options, etc. This is why not many users choose to transition to OS X. This is also part of the reason why OS X’s market share is low and slow in growing.

However, the usage of either Windows or OS X is more or so depended on preference. Whether one chooses to but a computer with Windows or OS X is solely depended on their own preference and usability. Many programmers and gamers prefer Windows, due to its adaptability and higher number of games and applications available; while many students and visual artists prefer Mac OS X, due to its higher visuals and graphics, as well as easier usability.

I was actually looking for more deep dive on this to understand how apple can project their products into corporate segment, however thanks for the details,

thank you for explain to me

THANKS FOR ARTICLE. TOO COSTLY TO MAINTAIN.

Hi...thanks for this article. I was too confused about buying a new mac book. Thx

Quite straight to the point

thanks for giving this information