Key Difference: PAN stands for Permanent Account Number. It is a number that is issued to any person who pays tax. Aadhar is an UID, i.e. a unique identification number. Its main purpose is to create a database of each citizen residing in India. 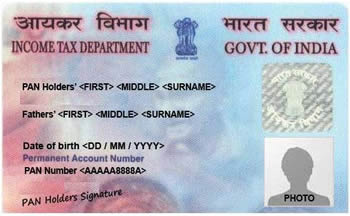 PAN Card Number and AADHAR Card Number are two numbers that each person residing in India is encouraged to register for and get. However, despite of the fact that everyone tells them to get it, and many people have, they may be many out there who don’t actually know what these numbers are and what they do. In fact, even among people who have these cards and actually use them, they will be hard-pressed to tell you the difference among them. Many people assume that they are interrelated or that they serve the same basic principle. However, that is a wrong assumption, as each of them has a strict and separate function.

The confusion between the two arises from the fact that they are both used as an Identity Proof, which makes people think that that is their primary purpose. In turn, this also makes them wonder why there are two different cards with the same purpose. However, the truth of the matter is that they are two completely different things and have very different purposes.

PAN stands for Permanent Account Number. It is a number that is issued to individuals by the Indian Income Tax Department under the supervision of the Central Board for Direct Taxes (CBDT). It serves a single number to track all financial transaction conducted by an individual, the most important of which is the payment of income tax. While, it can and is used as an identification system, that is not its primary job. That is actually the responsibility of the Aadhar Card.

Aadhar is an UID, i.e. a unique identification number, which is issued by the Unique Identification Authority of India (UIDAI), a central government agency of India. Its main purpose is to create a database of each citizen residing in India. In that regard, it collects a person’s name and information, in addition to their fingerprints, photograph, and iris scans. This information can help identify a person anywhere and anytime, as it can quickly be cross-referenced in the system. This is turn can also help avoid identity fraud, as it will quickly specify that the data (i.e. photo, fingerprint or eye scan) does not match.

Right now, Aadhar is voluntary and not mandatory. The government of India has announced that it will stay that way and will not be required from anybody. It has even gone on to state that none of the organizations can demand that people should have an Aadhar Card. Today, Aadhar is primarily used kerosene and LPG distribution system, as well as for public distribution service, which is used to distribute subsidized food and non-food items to the poor. However, the government has specified that even here Aadhar is voluntary. People can also use them to avail benefits under National Social Assistance Scheme or pension schemes, e-sign, digital locker, or to get a SIM Card and open a bank account. 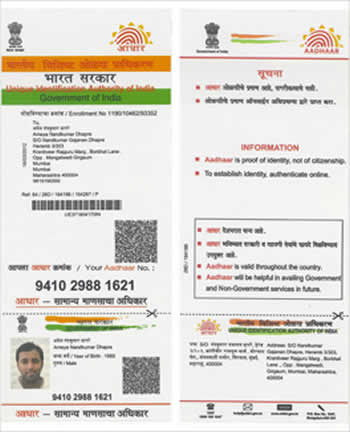 However, a PAN Card, on the other hand, is mandatory for opening a bank account and for any financial transaction over Rs. 50,000. This includes depositing that amount in the bank or transferring it into any other person’s account. PAN is also mandatory for salaried personnel and for investing into equity or mutual funds. Using the same number on each transaction, allows the Income Tax department to keep track of all financial transactions, thus making tax fraud nigh impossible.

Another difference between PAN Card and AADHAR Card is the fact that Aadhar Card is only issued to citizens of India, despite of the fact that it cannot be utilized as a proof of citizenship. Whereas, PAN Card is not only specific for citizens. It is commonly issued to residents and persons who conduct business within India, and for which they may have to pay tax on.

Efforts are now underway to combine the databases for PAN Card and AADHAR Card together, which will effectively link the two numbers together. This means that one will be able to use the Aadhar card to register for a PAN Card if one chooses to do to.

Since, Aadhar card can prove my unique identification in all documentation procedures related to banks and government schemes, so I considered it necessary to learn the right procedure to download duplicate aadhaar card online, and got the